Dinosaur Island: The Isle of Wight

Unmissable for those who know their Stegosaurus from their Plesiosaurs!

The Isle of Wight is renowned as one of the richest areas for dinosaur discovery in Europe, and is celebrated as being the “Dinosaur Capital of the UK”. Over the years, remains of more than 20 different species of dinosaur have been discovered here, including those belonging to Britain’s biggest prehistoric creatures.

Over 125 million years ago, the Isle of Wight was the perfect habitat for various species of dinosaur, and today, you can travel back in time and come face-to-face with these fascinating, prehistoric creatures.

To start your adventure on Dinosaur Island, we’ve unearthed some of the best dinosaur activities to enjoy on the Isle of Wight.

Dinosaur Isle is Britain’s first purpose-built dinosaur attraction and museum. Less than 15 minutes from Lower Hyde Holiday Park, step back over 120 million years to a time when dinosaurs once roamed the Earth. 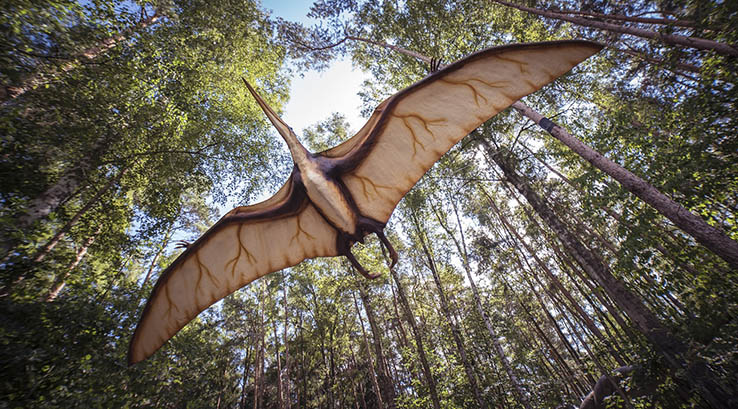 Discover more about these unique prehistoric creatures as special exhibitions and fossil displays bring them to life. Wander through a recreated landscape where you’ll see some of the Isle of Wight’s most famous species up close, including Iguanodon, Polacanthus and Neovenator. Look out for Pterodactyls flying overhead, and there’s even a robotic dinosaur you can control, too!

During a trip here you can see amazing dinosaur skeletons and learn about the vast collection of prehistoric treasures discovered on the island. View over 1,000 of the best fossils that have been unearthed on the Isle of Wight and head to the laboratory where you’ll see volunteers processing the latest finds.

To find out more about dinosaurs, don’t forget to download the Dinosaur Island App, which takes you on a virtual adventure around the island. The app allows you to walk alongside the dinosaurs that once lived on the Isle of Wight, using clever augmented reality to bring them back to life - guaranteed to impress kids and adults alike!

The Isle of Wight is well-known as one of the best places in Europe to find dinosaur fossils, so a visit to the island simply wouldn’t be complete without searching for prehistoric remains. One of the best ways to do this is to join a guided fossil walk. Dinosaur Expeditions, only 30 minutes from Thorness Bay Holiday Park, have lots of tours on offer - so be sure to check them out during your trip.

Join experienced guides on a fossil hunting adventure to one of the island’s beaches, where you’ll find out how to search for the remains of prehistoric life. Learn how to look for fossils, how to identify your finds and then take them away with you as a special souvenir.

It’s not just dinosaur fossils you can find on one of the walks, either. Look out for other rare treasures, such as Fools Gold and the fossilised remains of crocodiles, turtles, sea urchins and a variety of fish. If you’re lucky, you might also be able to spot glittering quartz and gypsum crystals hiding in the sand.

Once you’ve been on a dinosaur hunt, head back to the Dinosaur Expeditions Centre where you’ll see collections of fossils and bones discovered on the island, as well as finds from across the world. There are also plenty of children’s activities to enjoy, where little explorers can hold replica dinosaur claws, learn how to excavate and identify real fossils and create dinosaur-inspired art.

If joining a guided fossil hunt isn’t for you, then you can have your own prehistoric adventure on a visit to one of the island’s many beaches. If you want to plan your own dinosaur hunt, the South West coast of the island is the best place to start. 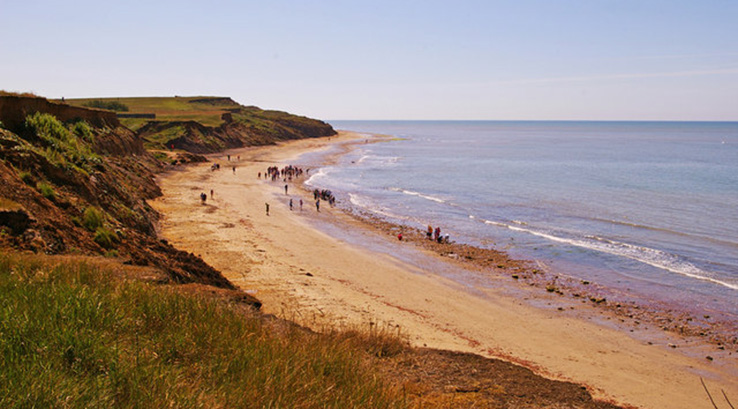 Brook Bay, under an hour from all of our parks on the Isle of Wight, is a beautiful beach made up of golden sands and calm, tranquil waters. However, it’s most famous for the secrets it reveals during low tide. When the sea goes out, remains of a huge fossilised forest can be seen beneath the waves and if you look carefully, you can even see the imprints of dinosaur footprints in the rock. Hunt for fossils hidden amongst the pebbles and see if you can unearth any rare finds.

Another great place to search for dinosaur remains is Compton Bay, one of the island’s best kept secrets. Less than 30 minutes from Landguard Holiday Park, this beautiful beach is another fantastic location for fossil hunting. Look out for treasures recently uncovered by the tide, which can be found hiding among the loose sand and stones. 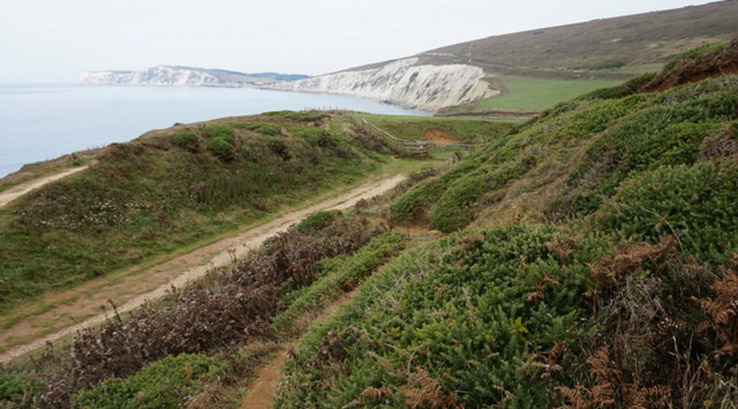 Compton Beach is also great for rock pooling, so it’s not just dinosaurs you can search for on a visit. Look out for marine life hiding in the small pools and see if you can find crabs, fish and sea squirts. The sea at Compton is great for swimming and a popular location for surfing and other thrilling watersports.

Have you been on holiday to Dinosaur Island? Tell us all about your visit on our Facebook and Twitter pages!