Parkdean Resorts’ Southerness Holiday Park in Scotland has developed a new habitat for one of Britain’s rarest species of amphibian. Parkdean Resorts, the UK’s largest holiday park operator, has invested in the creation of four scrapes to support potential Natterjack toad breeding. Natterjack toads are found in only a handful of locations in the UK and Ireland, and Southerness is the most northerly site in the whole of the UK that has been colonised naturally by the species. 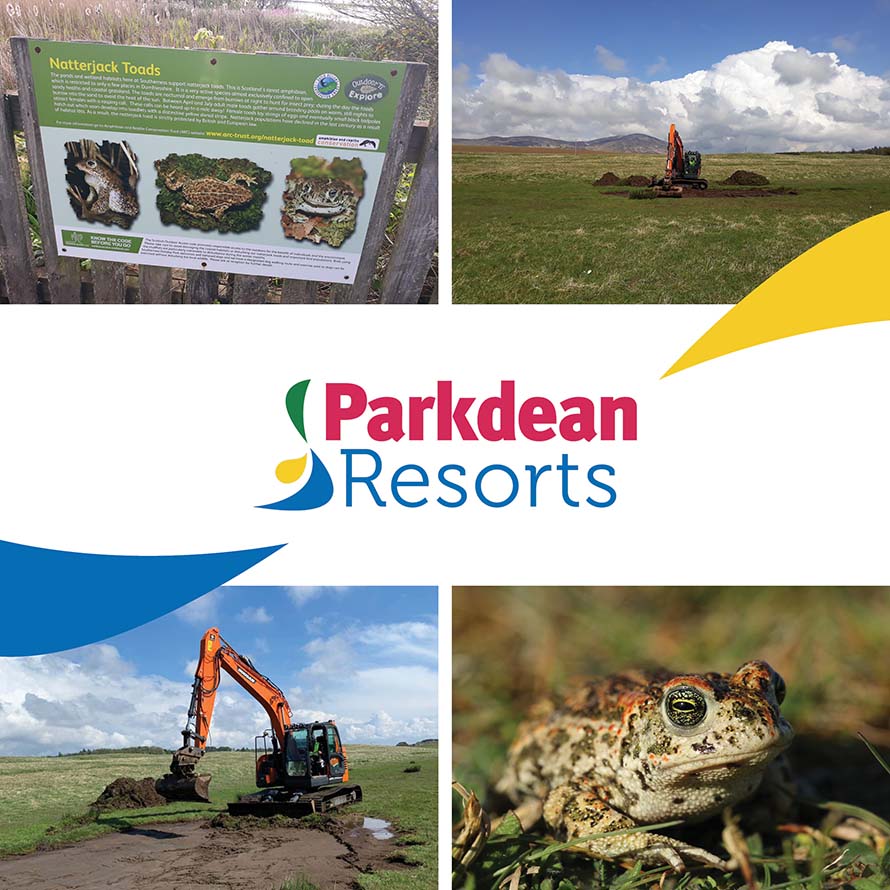 Work on the carefully considered project has been carried out by Parkdean Resorts with the support of Amphibian and Reptile Conservation, Natural Scotland Heritage and NatureScot, Scotland’s Nature Agency, who approved the creation of the scrapes just outside the Upper Solway Flats and Marshes Site of Special Scientific Interest (SSSI) designated site.

Simon Drury, Head of Sustainability and Conservation at Parkdean Resorts said: “This is really important conservation work, which will also offer a wider benefit to wildlife and local people as well. The park is very close to the SSSI and we’re always conscious of maintaining and protecting the local ecosystem, so we’re delighted to be able to contribute to help create breeding grounds for such a rare species.”