48 Hours on the Isle of Wight: Must-See Attractions

How to spend two days of escapism on this enigmatic island

The Isle of Wight is one of the most unique parts of the UK, with the island having its own distinct atmosphere that sets it completely apart from the rest of the country. Within easy reach of London, being just a couple of hours from the capital, a weekend on the Isle of Wight is an ideal way to get away from the daily grind and recharge your batteries.

Here at Parkdean Resorts, we have a choice of four different holiday parks on the Isle of Wight, scattered across the island for total convenience. But if you're thinking of booking a visit, what do you need to know about the island first?

Today, we’re taking you through the ultimate 48 hour Isle of Wight itinerary, so that you can make the most of every minute you spend in this curious and characterful corner of the UK.

Want to stay for longer? Check out our 7 day itinerary also.

About the Isle of Wight

Located just a few miles off the coast of Hampshire, the Isle of Wight is home to around 140,000 people, although that number swells during the busy summer months and reduces in the winter. The Isle of Wight is perfect holiday home territory, with the island having its own unique microclimate, which means it’s often a lot warmer than the UK mainland.

Newport is the capital of the island and the hub of most activity on the Isle of Wight. Built around the River Medina, Newport is full to the brim with both high-street and independent shopping options, as well as being home to lovely local eateries and cafés of all kinds.

In recent years, the Isle of Wight has been embraced as an offbeat vacation hotspot, with music festivals aplenty, glamping options galore and all manner of artisanal food and drink retailers - guaranteeing every visitor an experience far away from the monotonous day-to-day.

Year-round attractions on the Isle of Wight

Arguably the top attraction on the island, Osborne House was the favourite holiday home of Queen Victoria. Located in the town of East Cowes, the sumptuous stately home boasts gardens packed with vibrant plant life ready to be explored. A fascinating and truly beautiful place to spend an afternoon, Osborne House is a sight to behold - offering a taste of history for families, a rewarding afternoon activity for friends or a romantic interlude for couples. In Victoria’s own words, “it is impossible to imagine a prettier spot”.

Just outside Newport is the small village of Carisbrooke, which is dominated by Carisbrooke Castle - an iconic romantic castle which has also doubled as a royal residence during the summer months. The castle is of huge historic importance, as this is where Charles I was imprisoned, in the months prior to his trial. The Isle of Wight Museum is housed in the upper rooms of the castle, and the Great Hall and the Great Chamber are also open to the public. From the high castle walls, you can enjoy panoramic views of the entire island, feeling as though you’re virtually on top of the world.

Widely considered to be the Isle of Wight’s most famous landmark attraction, the three iconic chalk stacks known as the Needles stand triumphantly, 30m above sea level, in the English Channel. Serving as a key point on bus routes and hiking trails, and with an amusement park built nearby at Alum Bay to take full advantage of their popularity, the Needles are a year-round hotspot for locals and tourists alike.

To enjoy the best available view of these striking stacks of chalk, take a journey in the famous chairlift, which sweeps down over the cliffs to give visitors a genuine sense of the scale of this unique local landmark.

Another of the Isle of Wight’s top tourist attractions is the Robin Hill Adventure Park & Gardens, your one-stop shop for family-friendly fun - located in Newport, at the southern end of Briddlesford Road. Offering free, unlimited return visits over a seven-day period, the 88-acre park brings together rides, adventure play and even falconry experiences, all set within gorgeous, vibrant woodlands.

Adults and children alike will love exploring the gardens on foot and, during the school holidays, all kinds of entertainment and events can be found here - including the spectacular ‘electric woods’ event, which sees the woodlands illuminated after dark.

Cycling and Walking Trails on the Isle of Wight

The Isle of Wight is famous for its cycling routes, and the island has even been named one of Lonely Planet's Top Ten Cycling Destinations in the World. Popular day rides range from 9 to 15 miles in length, taking you over hills, along the coastline and through woods and wetlands for an authentic taste of the island’s diverse and beautiful natural landscape.

There are also over 500 miles of footpaths and established walking routes across the island, as well as 165 miles of bridleways - with dramatic views across to the mainland and out to sea. If you love nothing more than embracing the great outdoors in all its glory, the Isle of Wight is a prime destination for a weekend of escapism or a longer break in the heart of nature.

From mainstream favourites to eclectic and outlandish alternatives, the Isle of Wight is a paradise of retail therapy options. Whether you’re in search of the perfect souvenir, you’re looking to while away an afternoon or you simply can’t resist an opportunity to shop ‘til you drop, you’ll find what you’re looking for on this island of plenty.

Those who never like to leave the high street far behind will find a well-preserved piece of urban civilisation on the Isle of Wight, with numerous big-name brands being found in Newport. From clothing retailers like H&M, Matalan and Topshop to supermarket giants such as M&S, Morrisons and Sainsbury’s, you’re sure to find your fix of the nation’s favourites when you take a trip to Newport, Isle of Wight.

Fans of the unique and unusual will love some of the island’s speciality shops, especially if you’re on the hunt for a one-of-a-kind souvenir for a friend or family member, or a keepsake to remember your time on the Isle of Wight. Jurassic Jim, located in Shanklin, is a fossil shop selling everything from minerals and gemstones to ancient artefacts - well worth a stop on your tour of the island’s many independent stores. There are also an abundance of farm shops, glassware retailers, antique stores and confectionaries - so whether you’re looking for something offbeat or something sweet, you’ll find what you need on the island.

Food and Drink on the Isle of Wight

As you’d expect from any island, seafood is big on the Isle of Wight - and you won't get a fresher catch of the day than you’ll find in the island's many excellent chippies. Most restaurants also use as much local produce as possible, with the island's climate helping to produce lots of organic fruit and vegetables, as well as locally made beer, wine and cider.

The Wight Marque is the sign of provenance and quality for food on the Isle of Wight, which you can look out for on products purchased on the island for peace of mind that you’re buying the best. And no weekend on the Isle of Wight is complete without a taste of Minghella's famous gourmet ice cream and sorbet - sweet treats they’ve been perfecting for over 60 years. If you’re looking for something savoury, we’d also strongly recommend paying a visit to The Folly Inn in East Cowes and The Smokehouse in Newport. 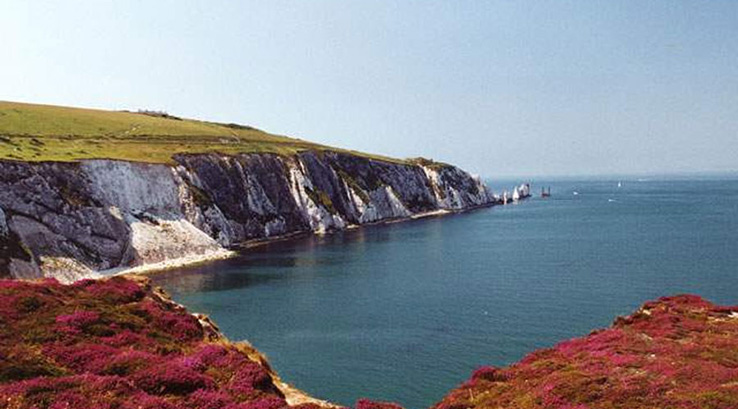 Ready to get packed and head to this incredible island for a holiday to remember? Explore our range of Isle of Wight holiday parks to find the ultimate base for your break on the island.

7 Days on the Isle of Wight