Visit some of the UK's most loved Christmas film sets

Sucker for a Christmas film or TV special? Parkdean Resorts has done the research and here’s where you can visit some of the most-loved festive film and TV locations...

Some of the best films and TV specials only exist for one month of the year, and are often enjoyed with a box of Celebrations by a warm fire during December. But this year, it’s time to not only watch them, but to live them, by taking a trip to the top TV and film locations with family and friends this festive season. 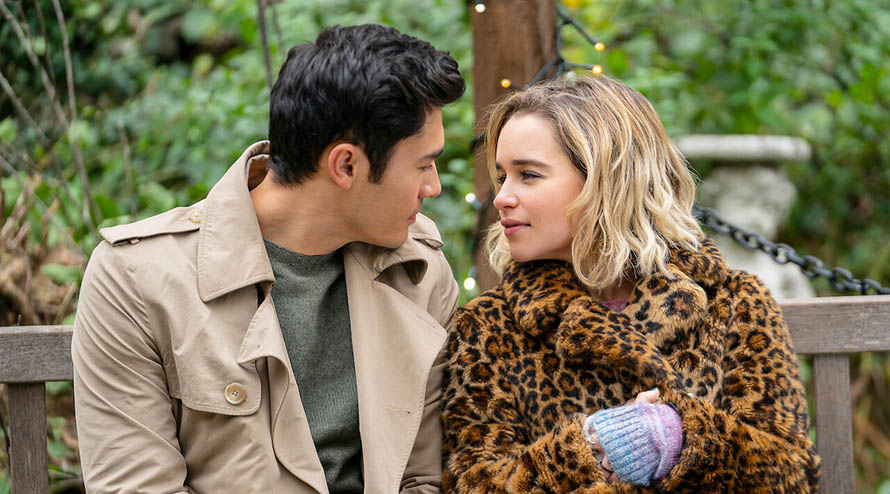 The music-filled, modern and warm romcom, which was directed by Paul Feig and written by Bryony Kimmings and Emma Thompson, is inspired by the music of pop legend George Michael, and follows the story of a young aspiring musician looking to make her big career break. Featuring Emilia Clarke and Henry Golding, the film is haven to a selection of iconic London settings including Covent Garden, Yuletide Store, The Ally Pally Ice Rink and romantic hideaway Phoenix Garden, 21 Stacey Street. Another iconic festive location within the film is St Mary’s (Bryanston Square, Marylebone) which is the location of ‘St Judes’ homeless shelter in which the film concludes with an iconic charitable talent show.

As one of the most recognised and iconic Christmas films of all time, Love Actually is set around some of the most picturesque and iconic locations in London, as well as further afield! The start and end of the film includes a romantic montage of Heathrow Airport, with a touching monologue from the film's mock prime minister Hugh Grant (who is also seen shaking his hips in one particularly famous scene in 10 Downing Street). Other key locations from the film include 27 St Luke’s Mews, Notting Hill, and London W11 1DF, in which Mark (Andrew Lincoln) silently declares his love for Juliet with the recognisable flip signs. Selfridges also makes an appearance, with Rowan Atkinson processing the longest gift wrapping scene to ever exist, while Liam Neeson’s heart to heart with his heartbroken step son takes place on Gabriel’s Wharf, Southbank. Fun fact: Colin Firths’ love declaration scene isn’t actually in Portugal but the South of France! 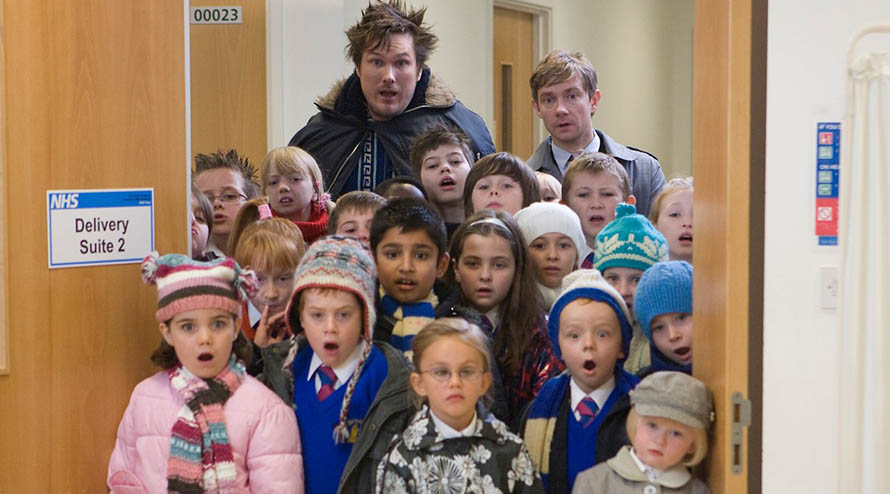 Feel-good family favourite, Nativity, follows the trials of a local primary school looking to host the best (you guessed it) nativity play. The film is mainly filmed on location in Coventry, Warwickshire and LA! Notable locations to visit include the Bablake School, Coundon, East Avenue, Stoke Park, Lower Ladyes Hill, Kenilworth, the Ricoh Arena, Spon Street and even the newsroom of the Coventry Telegraph. 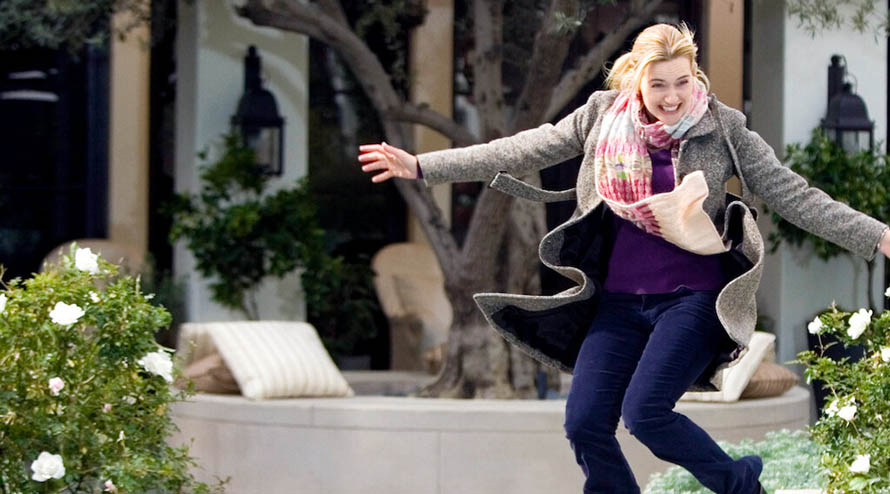 With a star-studded cast including Kate Winslet, Jack Black, Cameron Diaz and Jude Law, The Holiday is a must-see festive hit! Based between the UK and LA, the film is home to a selection of quintessential scenes set around Kate Winslet's Surrey cottage, which is based on a real cottage in Holmbury, St Mary. Other key locations you can visit from the film are largely based in Surrey, including the shop from Cameron Diaz’s day trip in Godalming Surrey, the luxurious outside of Jude Law’s house is based in Wonersh, and the cosy pub The White Horse based in Shere. 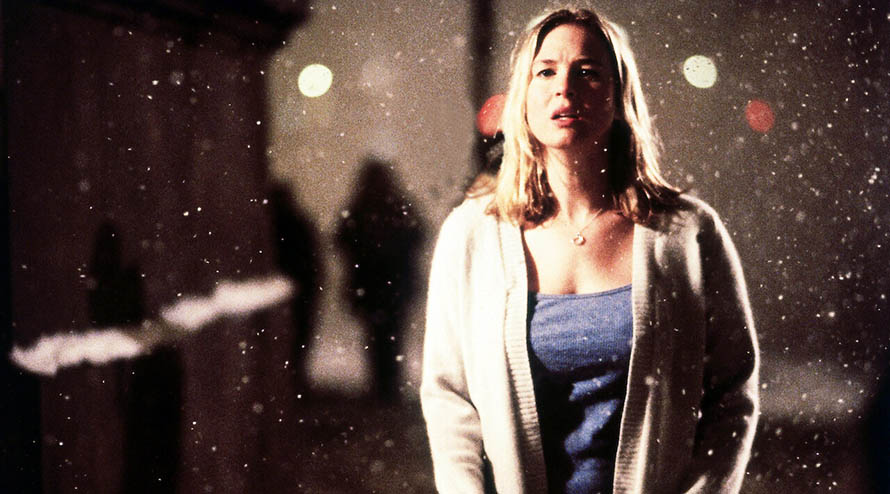 Although not necessarily a Christmas film, Bridget Jones’ diary includes a selection of classic Christmas scenes! The festivities begin with Bridget’s first meeting with Mark Darcy at her parents Christmas party - her parents home is in Snowshill, off the A46 about 12 miles northeast of Cheltenham, Gloucestershire. Fun fact: these scenes were actually filmed in June with a large supply of fake snow. Warning: if you haven’t seen the film (where have you been?) this next line contains a fairly big spoiler.The concluding scene in which Mark and Bridget finally share a festive kiss in the snow is filmed outside London's Royal Exchange.

The long awaited return, The Gavin and Stacey Christmas Special (2019)

10 years after the last episode aired, the UK rejoiced following news that Gavin and Stacey would return for a long-awaited one off Christmas special! Mainly based in the same locations as the original series, the special saw the cast enjoy Christmas in the series’ well-known Welsh holiday coastal town of Barry Island. Famous scenes within the series include Gavin and Stacey’s romantic chat on Barry Promenade, and Christmas prep and celebrations on Brynn, Gwenn and Stacey’s road on Trinity Street. The full cast enjoy a toast to the late character Dor, followed by a karaoke rendition of Fairytale of New York in the local pub the Dolphin, which in real life is known as the Basset Bar.

Doctor Who: The Christmas Invasion (2005)

The first in a Christmas sequence set to become a seasonal tradition, Doctor Who specials are famously known for being the ending of one Doctor’s legacy and the start of another. A firm family favourite for Christmas evening viewing, Doctor Who: The Christmas Invasion is more famously known for being the start of David Tennant’s long and successful run as the tenth Doctor. The most memorable shoot locations for this festive special were shot in London, with the most climactic scenes of the episode being filmed in the historic Wallis House, Brentford, one of Golden Mile's few remaining Art Deco buildings.

The Vicar of Dibley: The Christmas Lunch Incident (1996)

The hilariously funny Dawn French stars in this classic sitcom, where this Christmas special sees her character, Geraldine, pay a heavy price for Christmas kindness when she agrees to attend not one, not two, but three Christmas lunches! The popular series is filmed in the Buckinghamshire village of Turnville near High Wycombe. The village’s St. Mary the Virgin Church featured as the fictional Dibley’s St. Barnabas, while the show’s opening credits include scenes from the M40 motorway’s Stokenchurch Gap and the Chiltern Hills.

Call the Midwife, a period drama set in the late 50s - early 60s follows the lives of a convent of nuns, midwives and nurses providing the poorest expectant mothers of Poplar with the best prenatal care. Since its first season in 2012, Call the Midwife has made Longcross Film studios its home, where the series’ recognisable exterior set stands all year round. Taking pride of place on set is Nonnatus House, the Hendy Street allotments, as well as the iconic arch, Violet’s Shop and the square outside Nonnatus House. However, if you wanted to make a real-life visit to the gorgeous East End convent of Nonnatus House, you’ll have to go to the chapel St Joseph's College complex in North London, which doubled as the well-known home of the series’ main characters.

Want to make your own festive memories this Christmas?

You don’t have to step into the silver screen to enjoy a magical Christmas this year. Our holiday parks are set in some of the most stunning locations throughout the UK, surrounded by magical castles, incredible history and sensational scenery sure to make the family postcard look all the more special. Check out our exclusive festive breaks available at selected parks around the UK.

Book your stay today to enjoy a truly merry time.

Festive Things to Do with the Family

Best Christmas Markets in the UK 2021