In Crust We Trust

Outside of Brexit, one of the biggest debates sweeping Britain is which pizza topping is best and whether or not pineapple belongs on a pizza.

Here at Parkdean Resorts, we crunched the pizza sales numbers from 65 of our restaurants countrywide and married the data up with a nationwide survey to find out which pizza topping is the nation's favourite broken down by region.

Top of the toppings: Pepperoni revealed as the UK's favourite pizza 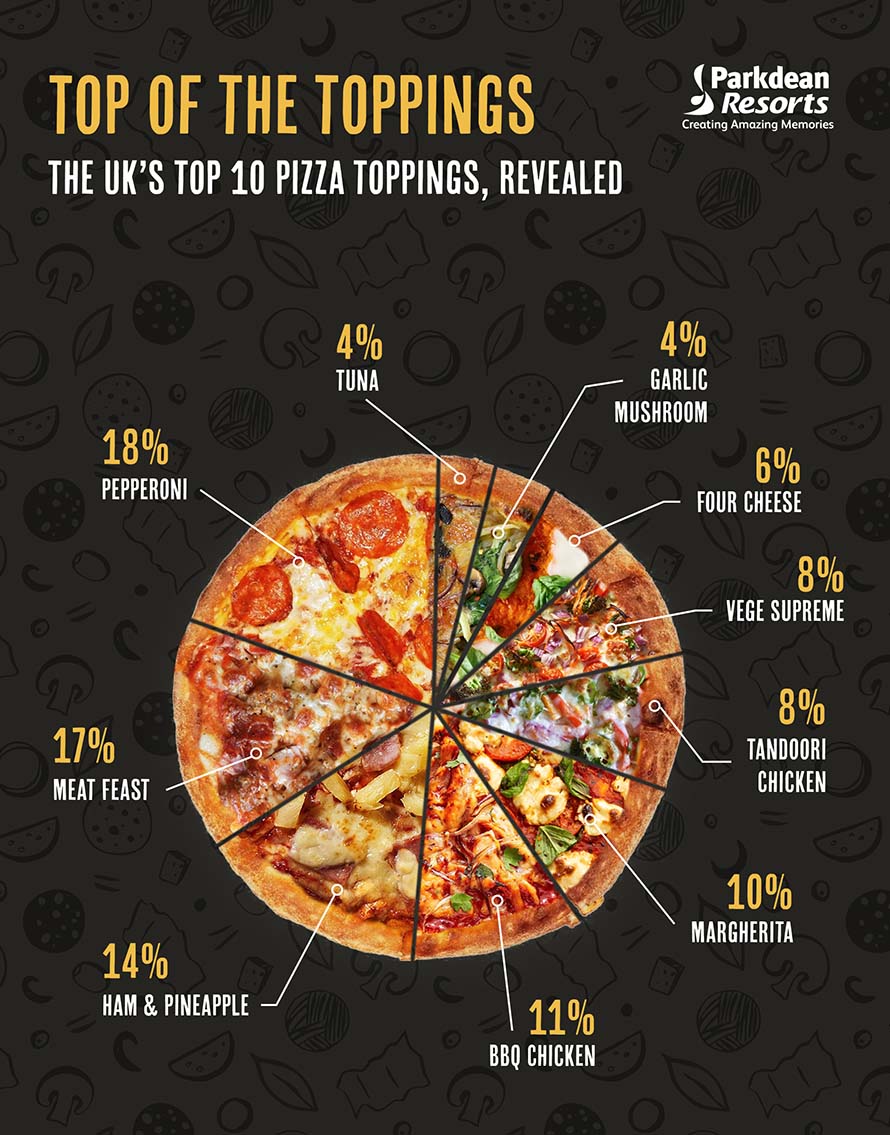 Taking the biggest piece of the pie as the nation's favourite pizza is pepperoni, beating ham and pineapple, meat feast and margherita to the top 10. With 18% of the votes for pepperoni, the nation has shown that classics never go out of style. Followed closely by meat feat at 17% and ham and pineapple at 14% Britain has made their favourites clear. But where are the vegan options? With less than 1% of the votes for vegan toppings, it is unusual that pizza lovers do not reflect the growing vegan trend in the UK. 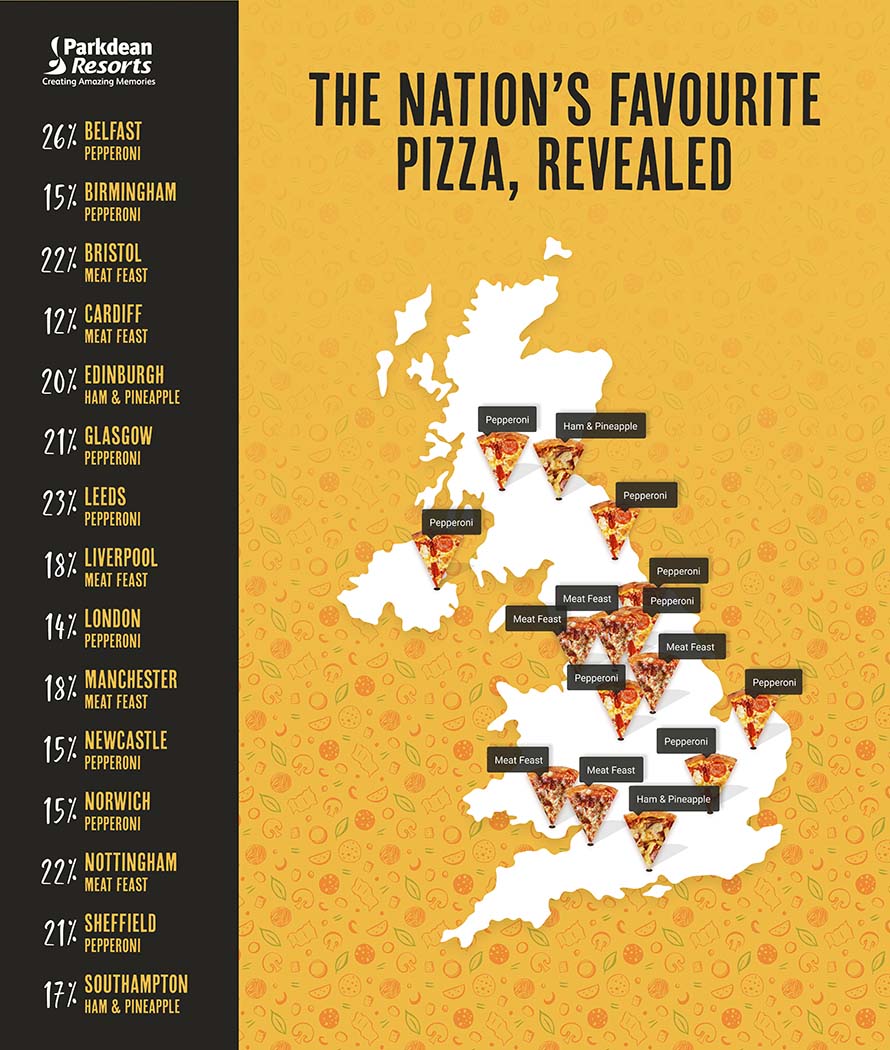 When it comes to pizza, the UK is a nation of meat lovers! Pepperoni has topped the charts for the entire country with Birmingham, Glasgow, Belfast, Norwich and Sheffield championing the topping. However, Nottingham, Manchester and Liverpool prefer a mighty meat feast - proving that one type of meat is not enough!

Controversial, the cities that LOVE pineapple on pizza 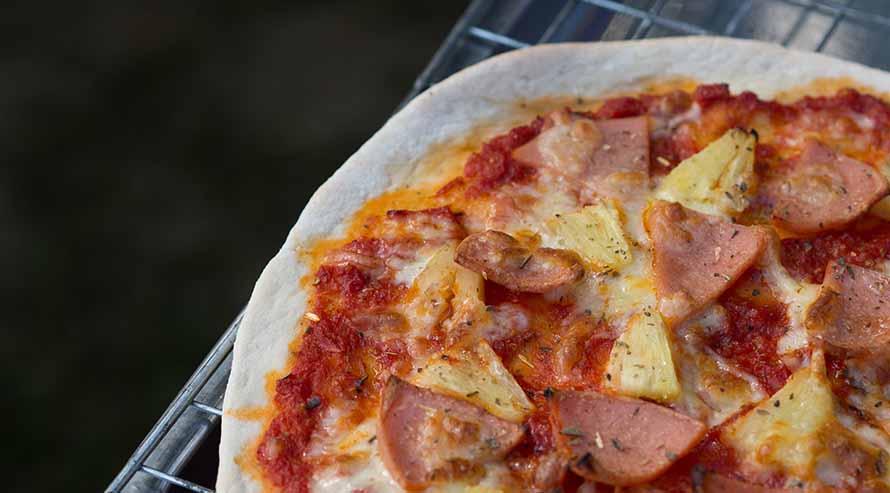 Pepperoni may be the UK’s favourite pizza, but how on earth has ham and pineapple come in third place?! The controversial topic of fruit as a pizza topping has divided the country for years but our study has actually revealed that it’s also one of Britain's favourites.

Known as the marmite of pizza toppings, you either love or hate pineapple on pizza. Although the popular topping came in third place for the nation’s favourite pizza it is still dividing the country.

From the idea of fruit on pizza to its sweet acidic taste mixing with the cheese, ham and pineapple pizza is confusing the nation because despite the hate it still rates. With Edinburgh and Southampton surprising us with their taste for the salty-sweet controversial slice what side of the debate do you sit on?

With the rise of vegan products now available on the market, it was unusual for this survey to reveal that only 1.3% of the 1500 surveyed opted for vegan toppings.

According to the Vegan Society there are approximately 600,000 vegans in the UK - that’s 1.16% of the population! So with pizza places adding more and more vegan options to their menus, and with Papa John’s even appointing a Vegan Director to drive their plant-based offering forward, it’s unusual that the survey didn’t match this trend with voters preferring meat-based pizza toppings. 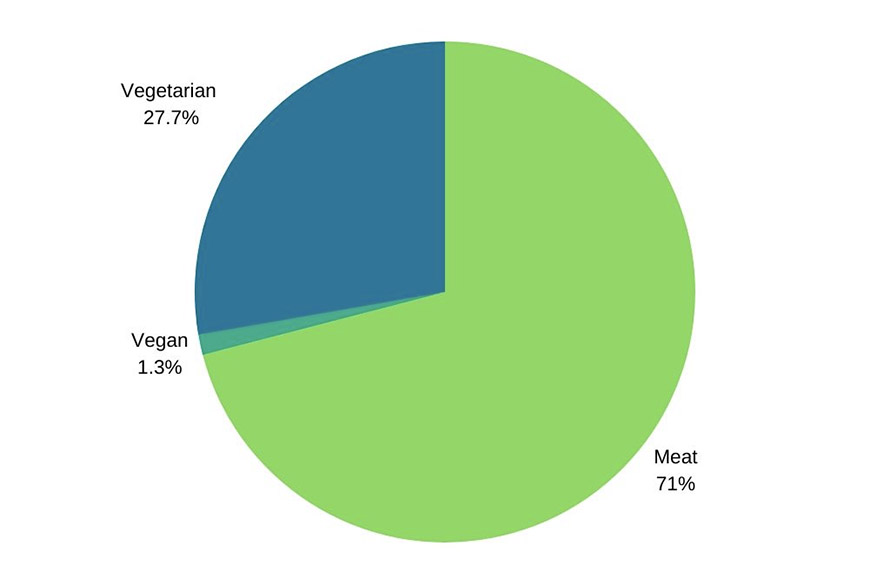 Do you agree with the rest of the UK? Let us know over on our Facebook and Instagram pages by sharing your favourite pizza!