The inside scoop on which ice lollies can take the heat

When it comes to British summer we take every ray of sunshine we can get! As the UK hots up, we decided to find out which ice lollies and ice creams melt fastest in the heat.

Armed with the country’s favourite chilled treats we were ready to take on the biggest challenge - the sun. From classics such as the strawberry Cornetto, the Ice Pop, the Twister and the Fruit Pastille Lolly to the top-notch Magnum and, new-kid-on-the-block, the Watermelon Ice Lolly. But which chilled treat can really take on the heat? Let’s find out...

From the get-go, the beloved Fab and the humble Ice Pop both struggled. Nostalgia reminds us of fighting for the best colour Ice Pop but the simple treat just couldn’t take the heat, lasting a mere 29 minutes.

Our sadness melted with the modest strawberry ice lolly, vanilla cream coating and decadent dip of chocolate and sprinkles that we all know and love as the Fab, which collapsed just 8 minutes after the Ice Pop.

Going round the twist

The multicoloured delight known as the Fruit Pastille lolly was the next to buckle under the heat. It’s stripes of colour and flavour merging until it weakened after just 41 minutes in the sun.

Following closely behind was fan favourite, the Twister. The pineapple, lime and strawberry beauty dribbling into fourth place after 45 minutes.

The ice cream of the crop 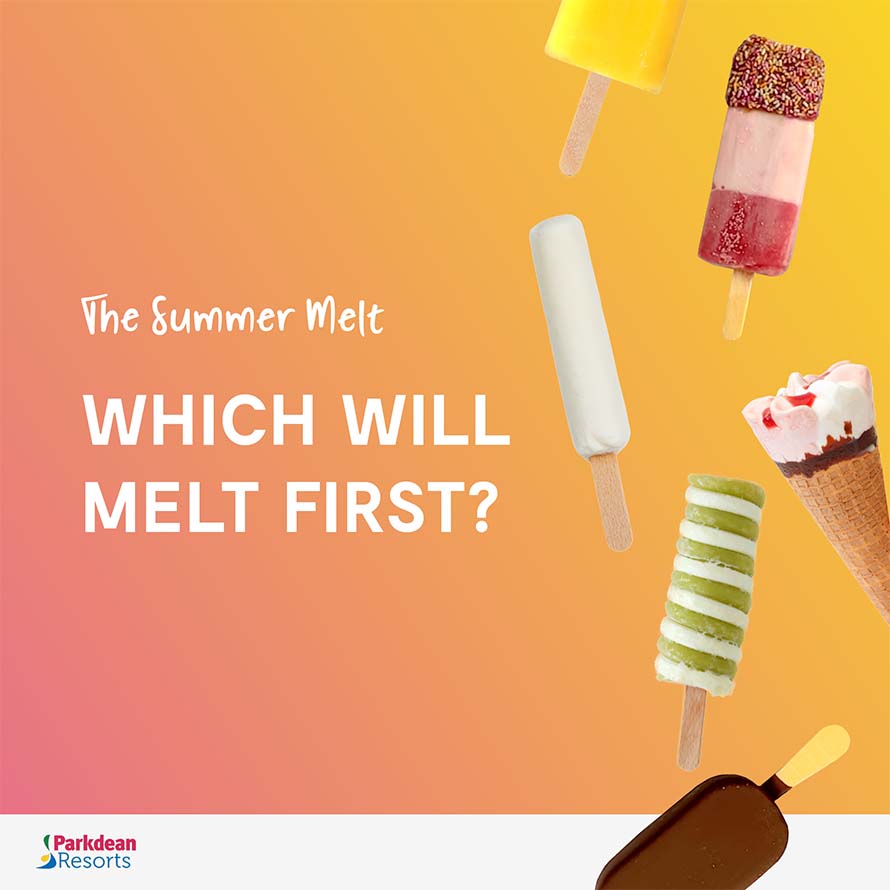 Another Rowntree’s number, the Watermelon lolly, came in third place holding its own right until the end. The fruity favourite lasted 50 minutes!

The classic Cornetto came in second place thanks to its sturdy cone. However, the ice cream top lost composure after 54 minutes, taking the strawberry Cornetto out of the game.

But none of them could match the Magnum. Living up to the strength of its name, it was no wonder that the Magnum won the summer melt! Encased in a shell of rich milk chocolate it would take the weight of the melting ice cream inside to defeat this champion.

It isn’t always about lasting pleasure. How long an ice cream can last in the sun may not always reflect our favourite flavours. We analysed the search volume data of different ice cream flavours and lollies and ranked the nation’s most popular cooling treats.

Of the ice cream flavours we analysed, below were the top 10 most searched for: 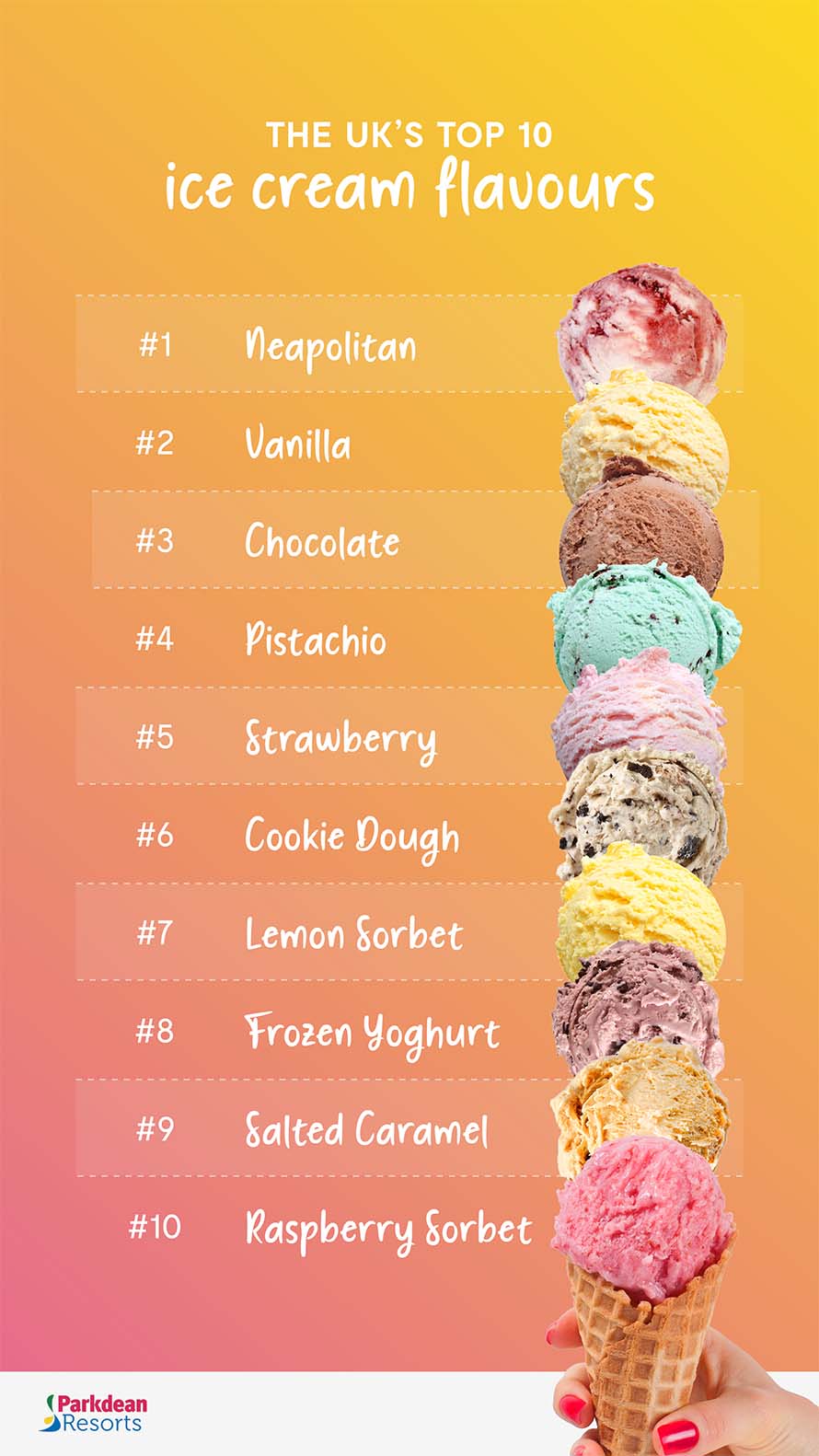 Why choose one flavour when you can have three? Neapolitan ice cream blends classic vanilla, mouth-watering chocolate and sweet strawberry all into one delicious ice cream scoop! This triple-threat treat came up top.

Another clear favourite is the staple flavoured vanilla ice cream. Often used to add flavour to other varieties of ice cream, this creamy sugary treat is just as delicious on it’s own.

In third place is another fan favourite - chocolate ice cream! Get your chocolate fix whilst enjoying a chilled treat with this timeless classic flavour which is popular with kids and adults alike!

So those are the Nation’s favourite ice creams. What about ice lollies?

Of the different ice lollies we analysed, below were the top 10 most searched for:

Coming in first place is the Zzapp Ice Lolly. Packed with colour and with flavour, this nostalgic treat is still highly popular!

The beloved Fab Lolly comes in second. A strawberry ice lolly coated in vanilla cream, dipped in chocolate and covered in hundreds and thousands - what’s not to love?

And in third place is the pineapple, lime and strawberry ice cream on a stick, and a controversial contender due to its creaminess, the Twister ice cream lolly!

Questioning our lolly line up? Let us know which other ice creams you’d like to see take part in Summer Melt over on Facebook or Instagram!