There’s no better way to round off your day at the beach than enjoying a piping hot and perfectly cooked British classic, fish and chips.

Fish and chips are a staple when it comes to UK holidays, nothing will remind you of those sweet staycation memories more than the smell of freshly cooked fish, and extra vinegary chips.

Picture the scene, you’re watching the sunset from your caravan, the waves are gently lapping against the shore and you’re unwrapping your favourite fish and chip supper.

Feeling peckish? Don’t ignore those hunger pangs as we reveal where in the UK you can enjoy the best locations for fish and chips!

The best overall locations for fish and chips

In order to discover where in the UK offers the best fish and chips, we looked at factors such as cost, portion size and TripAdvisor reviews. 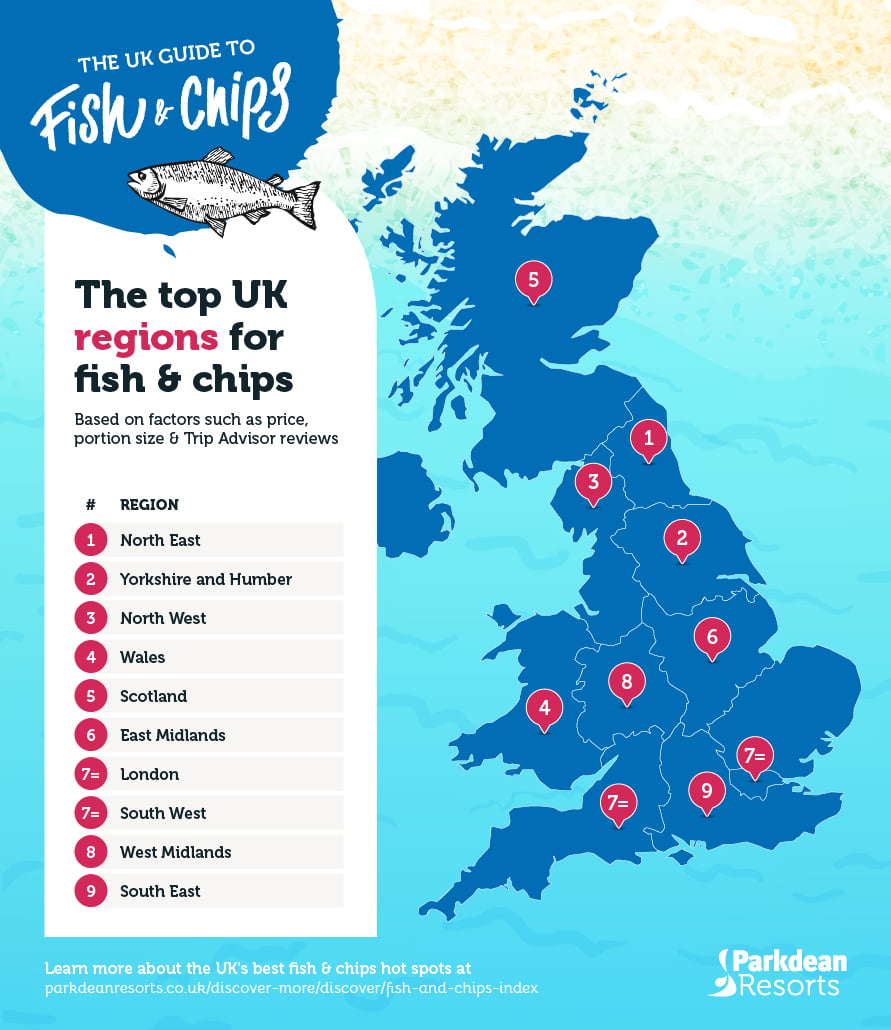 It’s official, the North East of England is the best place in the UK for fish and chips! It has the lowest average prices for cod at around £5.57 and second lowest for haddock at £5.80. The North East also has some of the best-rated fish and chip shops, with 59% of TripAdvisor reviews in the region being rated ‘Excellent’. One of the highest rated fish and chips shops in this region is Fisherman's Bay in Whitley Bay, with 86% of ‘Excellent’ reviews. Not only that, but the team at Fisherman’s Bay have over 25 years experience in the fish and chips industry, meaning you can rely on the quality of this menu! 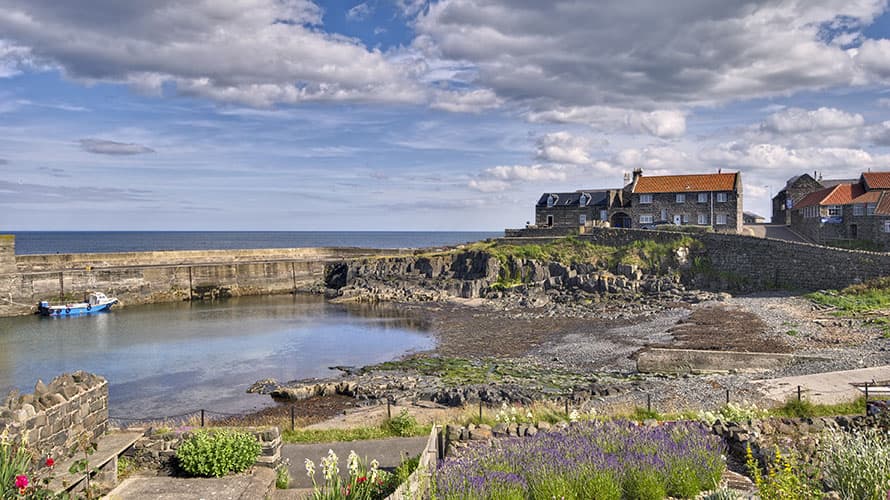 With endless miles of coastline perfect for fishing from Amble to Craster, it’s no wonder the North East bags the top spot.

The second-best UK location to bag yourself some delicious fish and chips is Yorkshire and Humber. Alongside the North East, this region also has the cheapest options for cod and second cheapest haddock and had the best overall reviews, 62% of which were rated as ‘Excellent’. The Marina Fish and Chips is one of the top rated fish and chip shops in Yorkshire, situated in Rotherham this restaurant has 85% of ‘Excellent’ reviews! 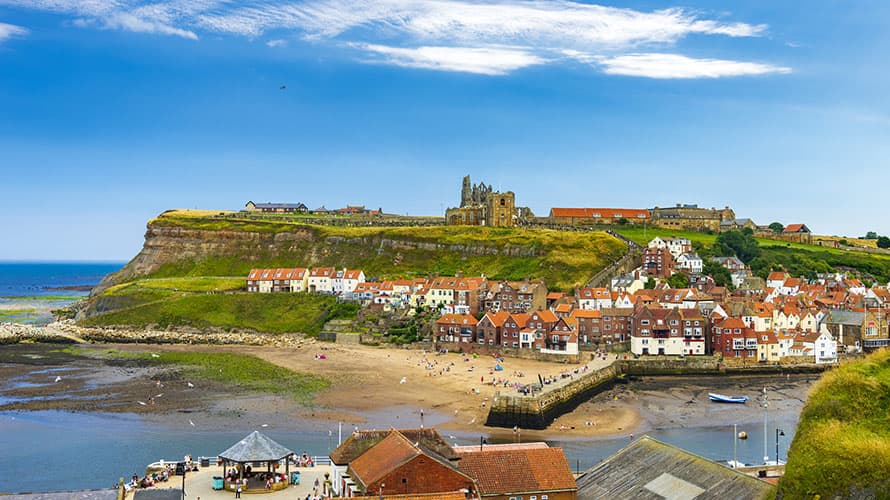 Yorkshire and Humber is home to perfect fishing locations such as Whitby, where you can indulge in some fresh and tasty mackerel.

The North West of England is the third-best UK location for fish and chips! Although our research found that the portion sizes for cod and haddock were the smallest of all the regions, 59% of the reviews were rated ‘Excellent’, showing the importance of quality over quantity when it comes to fish and chips in the North West. When it comes to cost, a portion of cod will set you back £5.69 and haddock £5.82, which is the fourth lowest price!

Our research found that Wales is the fourth-best place in the UK for fish and chips. In Wales, you can expect to pay the least amount of money for haddock, priced at around £5.50 per portion and around £5.92 for cod, which is the fifth cheapest option. On the other hand, Wales had one of the lowest percentages of ‘Excellent’ scores on TripAdvisor for local chippies, at 55%. But if you’re looking for top quality fish and chips, look no further than Goytre Chippy and Tandoori, just North of Newport. With 81% of ‘Excellent’ reviews, this local chippy is not one to be missed! 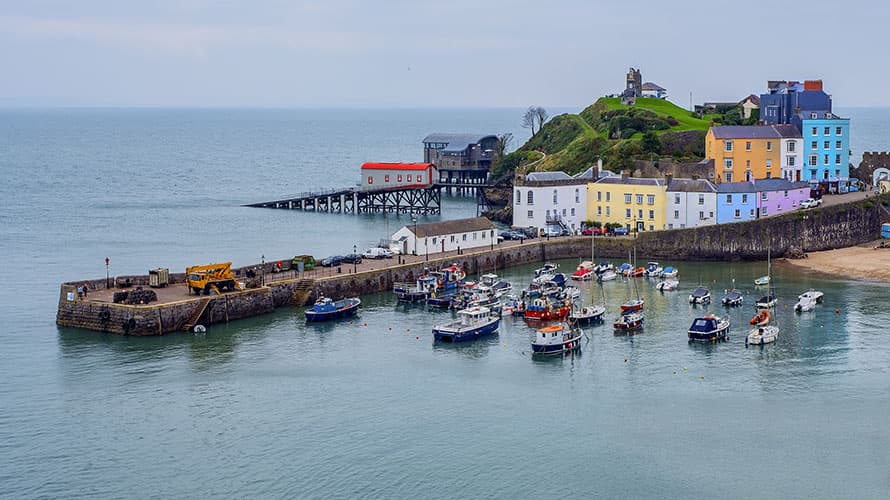 The fifth-best UK location for fish and chips is none other than Scotland. Scotland scored the best overall for the portion sizes of cod which will set you back an average of £5.65 and is the third cheapest option of the top five locations.. However, bad news for haddock fans - on average, Scotland’s portions of haddock were some of the smallest and priciest, costing approximately £6.88, which is the sixth most expensive area. The Fantoosh Nook in Glasgow is a must visit fish and chips shop, with 78% of ‘Excellent’ reviews and an impressive array of fresh fish dishes!

The most expensive fish and chip locations

As part of our research, we’ve also discovered where in the UK you get the least bang for your buck, or in this case fish for your cash.

Perhaps unsurprisingly, we discovered that London has the most expensive fish and chips in the UK. With a portion of cod coming in at £7.49 and haddock costing a staggering £8.02. Meaning a portion of haddock in London is 45% higher than the cheapest location. 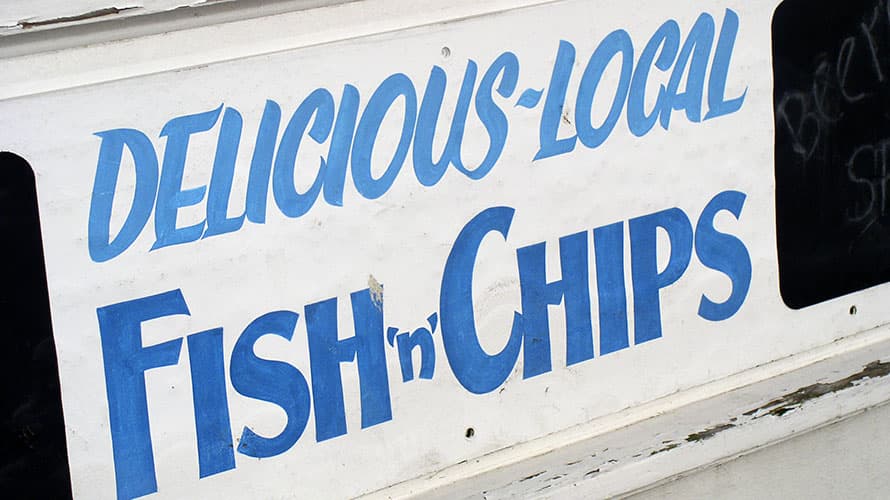 Home to stunning beaches from Camber Sands to Margate, the South East of England is picture-perfect, though foodies may not be fans of the pricey fish and chip portions.

The South-East was ranked the second-most expensive location for fish and chips. In this region, fans of the dish can expect to pay around £6.69 for cod and £7.05 for haddock.

Home to seaside spots including Devon and Cornwall, the South West of England is also home to the third most expensive fish and chips in the UK. Our research found that a portion of cod will set you back around £6.47, with haddock averaging at £6.96. 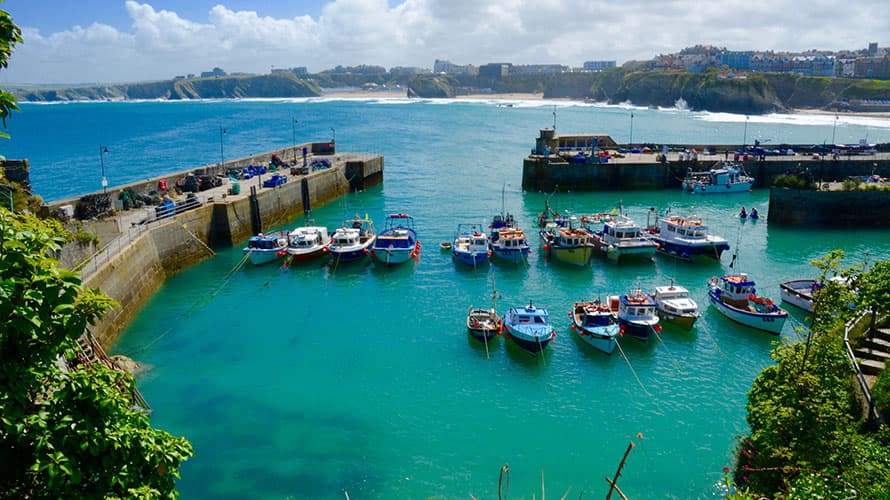 We discovered that the West Midlands is the fourth most expensive UK region for fish and chips. In this location, the average price for cod is £6.11 and £6.08 for haddock. While the nearest beach to Birmingham is Weston-super-Mare, that doesn’t stop people in the West Midlands from tucking into their Friday night fish and chips!

As well as revealing the best locations for fish and chips, we’ve also discovered which restaurants across the UK have been awarded the highest percentage of ‘Excellent’ reviews on TripAdvisor, so you know where to make a pitstop on your next staycation! 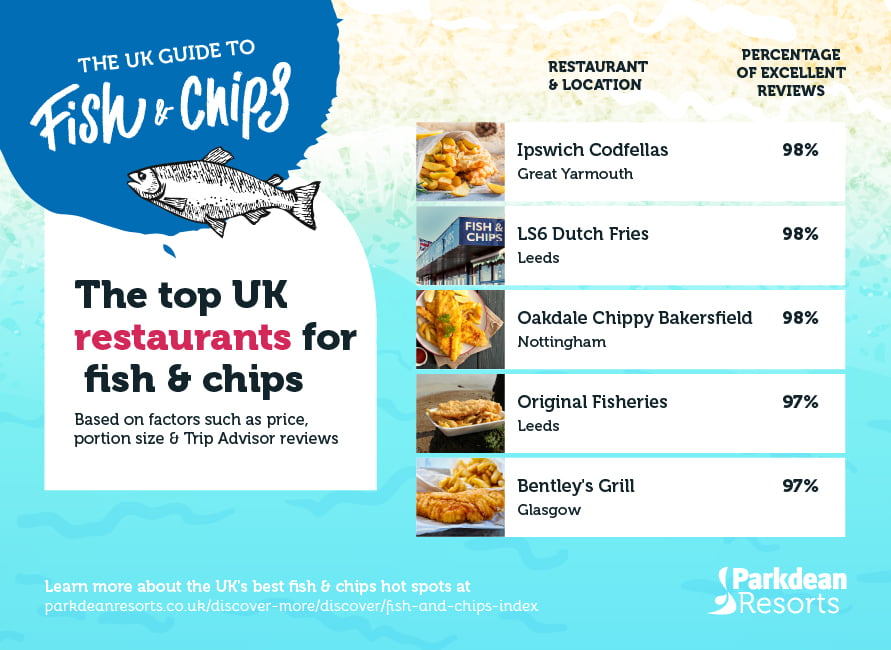 LS6 Dutch Fries in Leeds matches Ipswich Codfellas with another 98% of TripAdvisor reviews rated as ‘Excellent’. But you won’t just find mouth-watering fish and chips here. With an extensive selection of burgers from chicken to beef, and even some delicious vegan and vegetarian options - the Leeds eatery caters for everyone.

The family-run Oakdale Chippy in Bakersfield Nottingham also has some incredible reviews, and offers some of the UK’s best value for money, without compromising on the quality.

Bentley’s Grill in Glasgow is the UK’s fifth highest-rated fish and chip shop with another 97% of ‘Excellent’ reviews on TripAdvisor. Bentley’s Grill is currently rated the fourth-best restaurant in the whole of Glasgow, and reviewers applaud the value for money, portion size, staff and food quality itself.

If you’re dreaming of tucking into some delicious fish and chips at the great British seaside, explore our range of beach holidays and discover where your next Friday night supper could be!

To find out where in the UK offers the best fish and chips we collected data from seafish.org to discover the average price and portion size of Cod and Haddock by region, alongside analysing the percentage of ‘Excellent’ and ‘very good’ reviews on TripAdvisor.

Our Top 5 Parks for Kids

7 of the Best Pubs with Play Areas