Whether you’re wanting to woo, getting down on one knee or just planning a romantic escape this Valentine's Day, what better way to do it than by spending some time in the great outdoors on one of Britain’s most romantic walks?

Stuck for ideas on what to do with your loved one this Valentine’s Day? Fear not, we’ve put together a guide to some of the UK’s most romantic walking spots - where you can experience beautiful scenery and breathe in the love in the air.

What are you waiting for, book your romantic February break today! 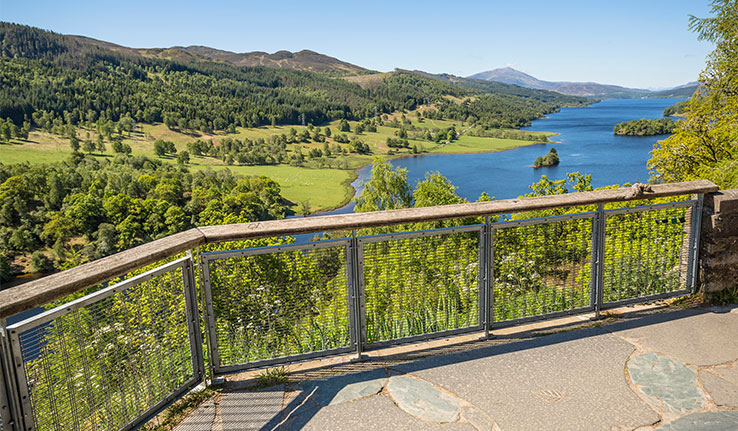 If you’re looking for the perfect proposal spot, The Queen’s View, overlooking beautiful Loch Tummel, is hard to beat. As one of the most photographed locations in Scotland, The Queen’s View delivers nothing less than awe-inspiring panoramas of the Loch and surrounding Highland hills. When Queen Victoria visited in 1866, she assumed the viewpoint had been named after her, however, its name is believed to have originated over 500 years prior, with King Robert the Bruce naming it for his first wife, Isabella of Mar - it doesn’t get more romantic than that!

Turn your trip into a romantic walk by parking up at the nearby Allean Forest car park and following the Clachan or more challenging Ring Fort trails through the woodland before heading over to The Queen’s View Visitor centre and view point for a picture perfect end to your day. The map below shows the location of the forest car park and both paths are clearly signposted from here.

Tummel Valley Holiday Park is ideally located for a Highland escape, putting you within reach of some of Scotland’s most romantic scenery.

If you’re looking to set a dramatic scene, it doesn’t get more spectacular than Flamborough Head in Yorkshire. With its rugged white chalk cliffs, sheltered coves and serene sandy beaches, Flamborough Head is home to some of Yorkshire’s wildest coastline. The unspoilt cliff faces are also home to one of England's largest sea bird colonies and the grassy clifftops provide a haven for wildflowers and butterflies in the summer - making it the perfect place for a romantic stroll.

Park up in Flamborough and head south out of the Village until you reach Lighthouse Road (B1259). Follow the road east until you reach Flamborough Lighthouse. From here, head north along the coastal path, walking along the clifftops and taking in spectacular views of the head’s various chalk rock formations. Finish up your walk with a stop at either North Landing or Thornwick Bay beaches, the perfect place for a picnic, before heading back to Flamborough along the B1255.

Skipsea Sands Holiday Park is just 30 minutes from Flamborough, making it the perfect romantic retreat for a stay on the Yorkshire Coast. 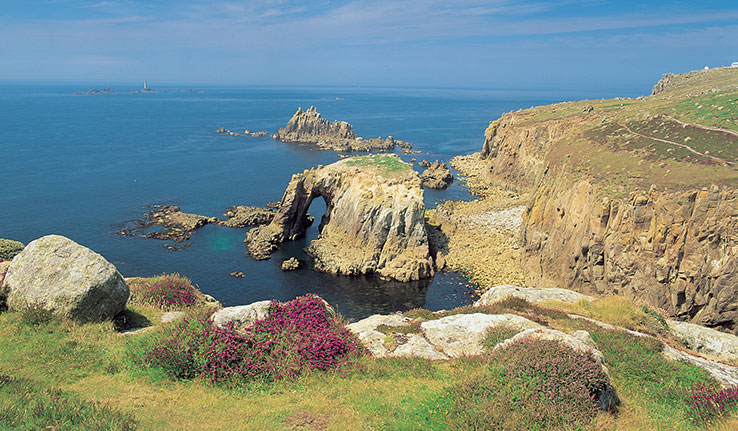 You might not be able to walk to the end of the earth for your lover, but you can certainly manage the end of England! Land’s End is the most westerly point of England and sits on a rocky Cornish headland. Offering dramatic clifftop and coastal views of the deep blue Celtic Sea and Atlantic Ocean, it’s pretty hard to top if you’re looking for dramatic effect.

Park up in the charming harbour village of Sennen Cove and follow the signposted South West Coast Path along the clifftops for a mile to Land’s End. Here you can explore the visitor centre or simply enjoy the stunning views before backtracking on foot (or catching the bus) back to Sennen Cove.

Land's End is just under an hour's drive away from our Lizard Point Holiday Park on Cornwall's sunny south coast. 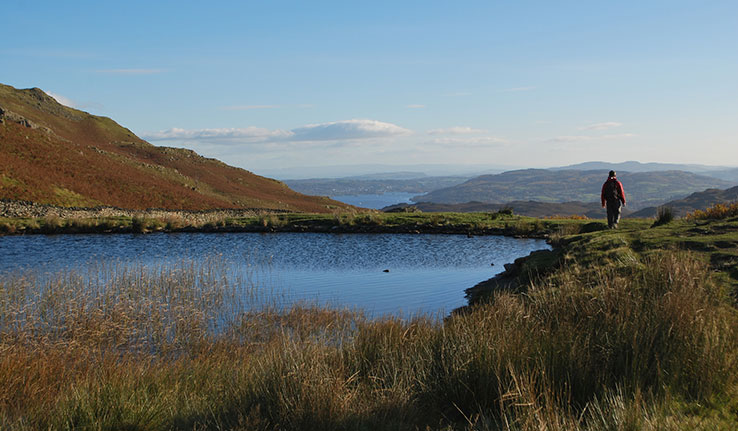 No list of Britain’s most romantic walks would be complete without a mention of the Lake District. With its stunning scenery and strong ties to romantic literature, the fairy tale surroundings are perfect for a day out with your loved one. The smaller, picturesque lake of Grasmere is surrounded by idyllic trails, hills and woodland, making it an ideal choice for a romantic stroll. For an extra dose of romance, don’t forget to stock up on treats at the Grasmere Gingerbread Shop. Invented by Victorian cook Sarah Nelson in 1854, Grasmere’s famous gingerbread biscuits are packed full of the spice - widely believed to be an aphrodisiac. Ginger has even been used as a key ingredient in love potions in the past!

Start your walk in Grasmere. Heading north east out of the village, cross the main road (A591) and continue on the road between the Swan Hotel and the car park until you reach a signpost for Alcock Tarn. Turn right and follow the signposted path uphill until you reach the serene waters of Alcock Tarn, a small lake sitting 1000ft above Grasmere village - the perfect spot for a picnic. Continue on the footpath past the tarn, heading downhill before looping back into Grasmere.

Fallbarrow Holiday Park is located on the shores of Lake Windermere, making it the ideal place to stay for a romantic walking holiday in the Lake District. 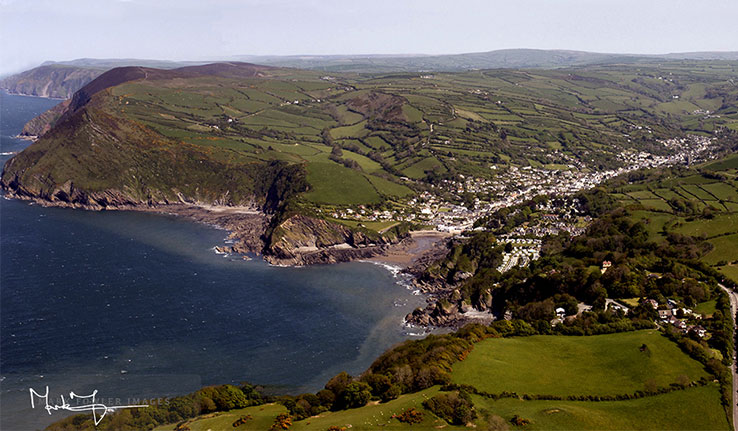 The charming seaside village of Combe Martin occupies prime position on the North Devon Coast, straddling the border with Exmoor National Park, making it the perfect place to start a romantic stroll. With so much natural beauty on offer, this is one walk guaranteed to take your breath away; and if the romance and views don’t, this uphill walk will - culminating atop England’s highest sea cliff, at 1044 feet!

Perhaps one for the active couple, due to the challenging incline, the walk from Combe Martin to The Great Hangman and back promises unbeatable views of both the Bristol Channel and the luscious green hills of Exmoor National Park - an inspirational backdrop to many of history’s greatest poets, including William Wordsworth. Park up at Combe Martin’s beachfront car park and follow the signposted South West Coast Path uphill to the Little Hangman, before continuing your ascent to the Great Hangman.

Why not book a romantic break on the North Devon coast with a stay at Ruda Holiday Park.

Have you got a favourite romantic walking spot? Tell us about it on Twitter.