While visiting the unmatched destination that is the North East of England – it’s always worth stopping for a pint. Not only to soak up some of the local atmosphere, but to try one of the region’s many real ales. There are a lot of great real ale pubs to visit in Northumberland and County Durham – here is a short list of some you might want to check out.

Sitting between the Whitley Bay and Seaton Sluice, and over-looking St Mary’s Lighthouse – this Grade II listed pub is in the prime location for sight-seers. There are at least four guest ale pumps on at all times as well as the many regular beers, wines and spirits available. They also offer a cosy atmosphere and boast locally sourced home-made meals. This is the ideal place to have a drink while staying at Whitley Bay Holiday Park and exploring the Northumberland coast. Being situated on National Cycle Route 1, this is a great stop off point if you are on a bike ride.

Ale to try: Wylam Red Kite Ruby Ale - a traditional ‘scotch’ where the hops are balanced by residual maltiness to give subtle hop character and a rich malt palate.

The Half Moon Inn, Choppington

The Half Moon is a typical Northumberland pub: traditional-yet-modern setting, great food on offer and a plethora of real ales to try, and if they don’t have the brew you are looking for – just ask, it may be a guest ale soon. Like all the best pubs you can enjoy a game of darts, take part in the quiz, watch sport, and even catch a live band or two. The Half Moon is child-friendly and not far from Sandy Bay or Church Point Holiday Parks (a little further from Cresswell Towers). A worthy way to try a local, if not slightly obscure, ale. 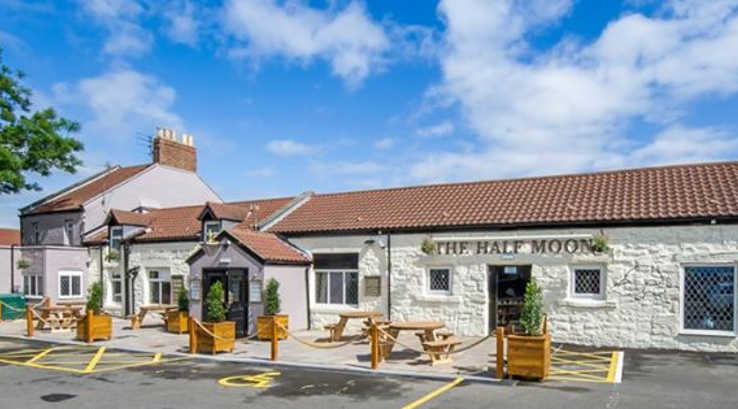 Courtesy of The Half Moon, Choppington

This is a ‘micro-pub’ soon to have its own in-house micro-brewery converted from a women’s clothes shop - and you don’t find many of those around! Serving its own range of real ales which all have a dog or rabbit themed name, as well as hand selected independent regional ales. ‘Dog & Rabbit’ isn’t just a name – you can treat your own pooch to a beer too. Sorry, but no rabbit beer at present! Although it is small, The Dog & Rabbit is easy to find in the town centre and only 10 minutes down the road from Whitley Bay Holiday Park. Worth seeing as it is so exceptional.

Ale to try: Whitley Wabbit – An amber ale named after the local area. Most house ales are unique so it’s best to check out their website. 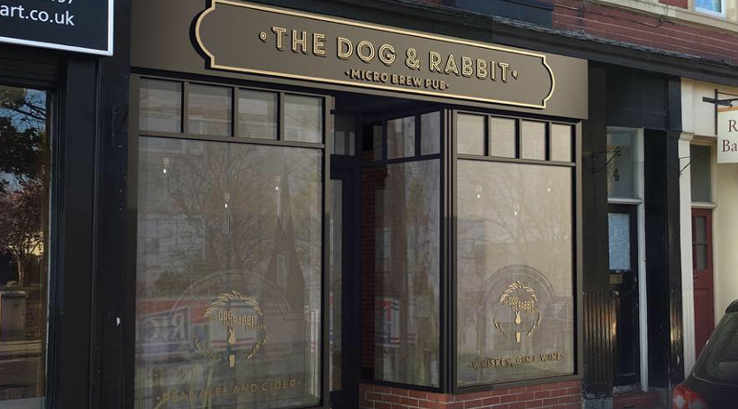 Formerly known as ‘The Black Pearl’, The Old Ship overlooks the sea and has been running for 150 years...and counting. A favourite to Newbiggin locals, the pub stocks a large and constantly changing selection of cask ales and have up to four ales, sourced locally and nationally, available at any time. The owners encourage conversation and human interaction and purposely have no pool table or juke box. The extensive outdoor decking is a fantastic way to breathe in the sea air and enjoy the Northumberland coast. Only a six minute walk from Church Point Holiday Park, this could be your new ‘local’ on your stay in the Northumberland.

This may not have as much variety in ales as other places on this list, but you will agree the setting and atmosphere are worth making time for. With a select range of classics and pub favourites, The Plough Inn is a quintessential North East country pub. Situated in the coastal Northumberland village of Ellington - this is great place to sip a pint in the English summer time, or enjoy a meal with the family in the evening. With The Plough Inn not being far from Cresswell Towers Holiday Park, it’s worth a visit, especially as the pub holds family events and weekly deals on food and drink.

Ale to try: Abbot Ale – You may have had it before, but you can’t deny a classic.

Courtesy of The Plough Inn, Ellington

The John Bull, or just ‘The Bull’ to locals, boasts one of the largest selections of Belgian beers in the North East. Served in their own individual styles of glass, there is something for everyone’s pallet from fruit beer to speciality ales. As you can imagine a pub named after John Bull also serves a large selection of some of the best real ales from around the UK. These ales always change so you may never have the same pint twice. Other than the great beers available, there is a great choice of whiskies, a live music night, and delicious food on offer. The pub doesn't sit near any Parkdean Resorts parks, but is the perfect place to stop off for a pint after a visit to Alnwick Castle.

Ale to try: Linderman’s Kriek – Not exactly local, but this is a delicious dark cherry beer with the aroma of cherryade and sherbet.

One for traditionalists. No TV or Jukebox, just “good beer and conversation” as boasted by Destination Hartlepool. With a selection of old favourites, and many guest ales - totalling in at 479 to date (and counting) - this is a great way to try some great ales from North East breweries. The Fisherman’s Arms also has two weekly quizzes, an open mic acoustic night and many other events around the year – including a beer and cider festival in April. Worth popping in for some Northern banter while staying at Crimdon Dene Holiday Park