Visit England through the Ages

Experience the country’s rich heritage at these stunning spots

To celebrate English Tourism Week, we’re taking you on a journey through time – back to the birth of England as we know it, from invasions and settlements, to monarchs and wars. We’ll be exploring the pre-historic phenomena, awe-inspiring architecture and flourishing gardens that form the rich tapestry of this country. We’ll show you how you can re-live over five thousand years of history within driving distance of our holiday parks across the country. What are you waiting for?

You better strap in, because the first stop of our journey through the history of England finds it roots in the mid-third millennium BC. According to historians, Stonehenge was constructed over a 1500 year period, which is no surprise given its stature and formation during a period with very limited tools!

Despite its unassuming arrangement, it’s believed that the Neolithic structure has a spiritual, or even alien, connection. As a result, many people come to watch the sunrise after the Winter Solstice each year.

Whether you’re a believer in the structure’s paranormal powers or you’re just keen to see how people lived in 3100BC, Stonehenge is a must-visit if travelling to Sandford Holiday Park. The historical monument is accessible from the A303, just seconds from the A354, which is a direct route to the park through the beautiful country side – it’s no wonder this is an Area of Natural Beauty! 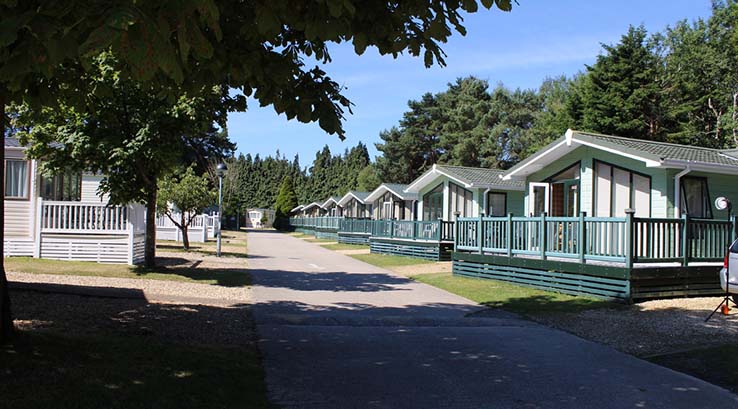 Next up, we spring forward a few hundred years to 60 AD to come face-to-face with the empire that became the foundations for our modern world.

If you’re a fan of Roman history then you’re going to love where we’re headed next. Segedunum is museum dedicated to Roman history, located at the end of Hadrian’s Wall, which stretches from North Tyneside to Solway Firth on the Irish Sea. Budding walkers may start or end their journey along the wall at Segedunum, which literally means “Strong Fort”, and is home to an excavated Roman fort.

Segedunum was built by Emperor Hadrian in 122 AD to guard the east-side of the wall; it stood for almost 300 years and, at one time, was home to over 600 Roman soldiers. The ruins are accompanied by an informative museum, a re-constructed Roman bath-house and remains of the wall itself.

A perfect spot for a family day out, Segedunum has plenty of activities to bring the Romans to life for adults and children alike, including replica Roman clothing for dressing up and several interactive exhibits. The museum is less than hour an hours’ drive from Whitley Bay Holiday Park, and tickets start from £4.95 for adults and £3.95 for concessions.

Let’s fast forward a few hundred years to the 9th Century as we wave goodbye to the Romans and say hello to the Anglo-Saxons. St Peter’s Church is home to over 2,800 burials dating from 970 AD to Victorian times. The church is one of England’s most studied religious buildings and is now maintained by English Heritage, who have endeavoured to reveal the church’s original Saxon features as well as its Norman, medieval and modern day additions.

Believe it or not the church is still in use today and regurly plays host to a small congregation and even the odd wedding! With a tall tower flanked by a chancel and baptistery, St Peter’s Chuch really is a remarkable structure given its age and the fact that is has remained in-use for over 1,000 years is an achievement in itself. 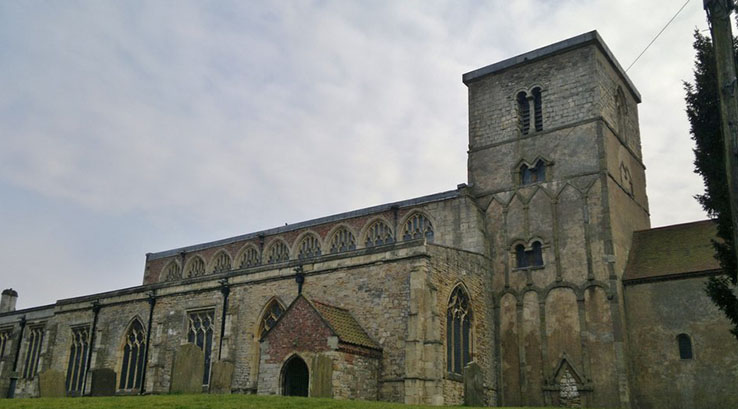 Withernea Sands, St Peter’s Church comes highly recommended for history buffs and fans of restored Anglo-Saxon architecture. A sunny day is needed to appreciate the true beauty of this site and discover the thousands of fascinating burials on its grounds.

Along with beautiful sandy beaches, there’s plenty of history to explore within driving distance of Withernsea Sands

You can’t go on a journey through the history of England without visiting Rochester Castle. The name may not immediately jump to mind, but events in the 12th Century allowed this site to become cemented as the home of one of the most historic sieges of English history.

Guarding an important cross of the River Medway, Rochester Castle is home to a complex and bloody history. The castle’s tower dates back to Norman times, but it’s in the 13th Century where Rochester Castle truly made a name for itself. Following years of rebellion and upheaval, King John signed the Magna Carta, a peace treaty with the Church and barons limiting the power of the monarch and giving rights to the people. This marked a turning point in English history, as it was the last time a King or Queen had absolute power of the kingdom.

The power struggle between King John and his counterparts ended in a two-month-long bloody siege at Rochester Castle, held at the time by rebels, where the king used the fat of 40 pigs to fire a mine under the keep. The castle, which was partially rebuilt by Henry II and Edward I, has witnessed decades of violent and chaotic English history and this legacy can be sensed within the walls of the structure.

When you think of the Tudors, Henry VIII’s six wives might come to mind, or Elizabeth I’s pallid complexion accompanied by great explorers Sir Francis Drake and Sir Walter Raleigh. The Tudor House & Garden in Southampton is the perfect opportunity to explore how ordinary people lived during the 16th and 17th Centuries, which were dominated by tales of scandal, religion and great voyages. 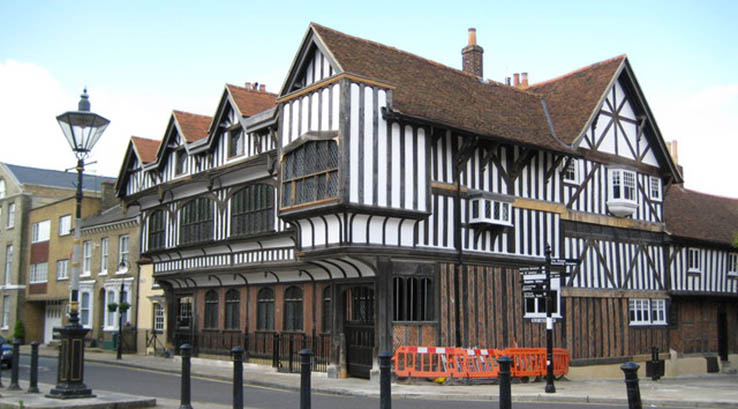 The timber-frame building is the typical example of iconic Tudor architecture. Built in the late 15th Century, the house has been restored and transformed into an educational and interactive museum for all ages. If this historic structure wasn’t enough, the house boasts beautifully maintained gardens to the rear, which are a must-see for all green-fingered visitors.

Let’s zip forward to the era of Queen Victoria. An era of Industrial revolution, prudency and the newly emerging ‘middle class’, the Victorian era continues to fascinate historians to this day. Great Britain’s second longest reigning monarch, Queen Victoria, is often admired for her legacy as a queen, a mother and leader of the British Empire.

The industrial success and opulence of the Victoria era is present in hundreds of buildings across England. Osborne House on the Isle of Wight was on of Queen Victoria’s favourite places. When discussing Osborne House, the Queen was quoted as saying:  "It is impossible to imagine a prettier spot”, and that remains true to this day.

The English Heritage site reflects Queen Victoria and Prince Albert’s tastes for extravagant art, delicate furnishing and passion for entertaining the who’s who of Victorian Britain. Less than 10 miles from Thorness Bay Holiday Park, Osborne House is a must-see for holidaymakers visiting the island who have a taste for the luxury exuded by the Victorian period.

Finally, we’re taking a coastal drive from Camber Sands to Kent Battle of Britain Museum in Folkestone. Home to a massive collection of WWII RAF artefacts, including planes, uniforms and hangars, the Battle of Britain Museum is set to re-open on the 30th March this year. Make sure you have plenty time to explore the museum, which boasts over 700 crashed aircraft on display.

Re-discover your inner patriot and let the kids take in the sheer vastness of history at this museum, which is our final stop on our whistle-stop journey through the history of England.

Let us know your favourite historical spots in England on Twitter or Facebook – don’t forget to get involved with English Tourism Week 2018 with the hashtag #ETW18!