World Book Day is celebrating its 20th anniversary on the 2nd March 2017. This year, they’re aiming to reach the remarkable milestone of 1 million books given away to young readers!In order to celebrate the occasion, we’re bringing you a roundup of literary locations throughout the UK that inspired some of the world's most popular authors. Join us in visiting the backdrops that formed and inspired countless novels throughout history, from classic literature to contemporary tales.

Having spent many a childhood holiday in the Lake District, famed author Beatrix Potter was inspired to write her series of children’s books - including the legendary Tale of Peter Rabbit. Her fascination with nature and wildlife, combined with her love for her childhood pet rabbits (Benjamin Bouncer and Peter Piper), provided the spark of creativity for her iconic illustrations, tales and characters. Potter was so adamant that the illustrations and representations of her characters should stay true to their original form, that, in 1903, she registered the doll of Peter Rabbit at the patent office - making it the first licensed character in literature!

Bring Peter Rabbit, Jemima Puddle-Duck and other childhood favourites to life with a visit to The World of Beatrix Potter in Bowness-on-Windermere, or visit Hill Top - a cottage purchased by Potter in 1905, home to the characters of Tom Kitten and Samuel Whiskers.

Immerse yourself in Beatrix Potter’s world and the stunning countryside that inspired such iconic tales with a stay in the Lake District. White Cross Bay Holiday Park sits on the shores of Windermere and is just a short drive from Hill Top. 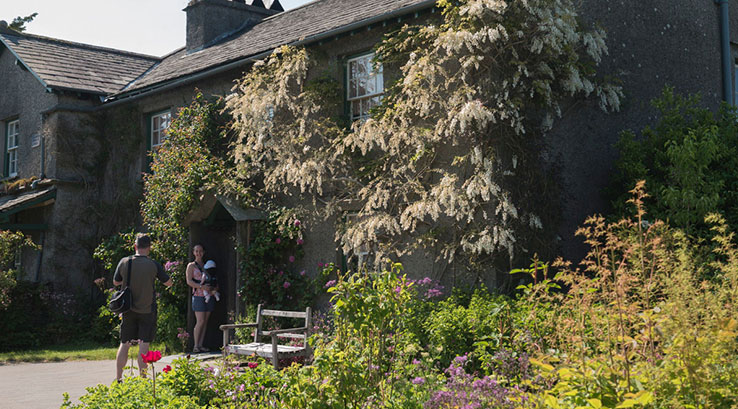 Frances Hodgson Burnett, author of The Secret Garden, lived at Great Maytham Hall between 1898 and 1907 where she stumbled across an overgrown and unkempt walled garden in its grounds. She made the garden her project, restoring it to full glory as well as gaining plenty of inspiration for her novel. The rest is history and The Secret Garden was published in 1911, going on to become one of the most popular classic children’s novels around the world.

While Great Maytham Hall remains a private residence to this day, the famous walled gardens do open to the public from time to time during the summer months, raising money for charity through the National Gardens Scheme.

The Secret Garden is just a short drive from Camber Sands Holiday Park, so make sure you plan your next holiday to coincide with an open day at Great Maytham Hall.

Just 250m from the shore of the South Devon coast, Burgh Island is accessible on foot at low tide, or by sea tractor during the rest of the day. The island served as inspiration to legendary murder mystery author Agatha Christie on a number of occasions. Burgh Island provided the backdrop for the fictional ‘Soldier Island’ in Christie’s 1939 novel And Then There Were None as well as setting the scene for her Hercule Poirot detective novel, Evil Under the Sun.

Once a holiday hideaway for the rich and famous, Burgh Island is now home to a luxury hotel and welcomes non-residents for evening meals as well as day-visitors for lunch at the Pilchard Inn.

Burgh Island is just a stone’s throw from Challaborough Bay Holiday Park, making it the perfect haven from which to explore Devon’s fictional past.

Perhaps one of the most famous surnames in literature, the Brontë Sisters are responsible for such literary classics as Jane Eyre, Agnes Grey and Wuthering Heights. Despite their tragic early deaths, they all became accomplished authors at a young age - a considerable achievement given that their father, Patrick Brontë was born into an almost completely illiterate family! When cheaper editions of their works became available to the masses, the Brontë Sisters gained a celebrity-like status, with fans visiting Haworth hoping for a glimpse of the eldest surviving sister, Charlotte.

The Brontë Parsonage Museum, the family home of the famous sisters, stands in the heart of Brontë Country in West Yorkshire - and houses a collection of Brontë manuscripts, original work and early editions of the sisters’ books. Here you can experience life as the sisters did, with many rooms in the house kept in their original state, displaying furniture and artefacts used by the Brontë family.

Haworth is within easy reach of Todber Valley Holiday Park and a visit to the museum is a must if you’re staying in the area. 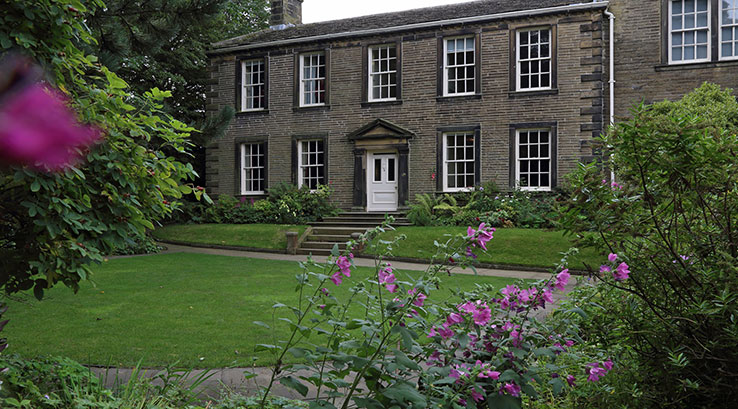 Image courtesy of ©The Brontë Society

As one of history’s greatest poets, with his works published and celebrated around the world, you might be surprised to learn that William Wordsworth wrote many of his iconic poems in the back garden of a cosy Cumbrian cottage. Dove Cottage in Grasmere was home to Wordsworth between 1799 and 1808, where he lived with his sister Dorothy and later his wife Mary and their children.

Today, Dove Cottage sits adjacent to The Wordsworth Museum, with both open to the public, visitors can explore the home and setting from which he drew much of his inspiration.

Image courtesy of The Wordsworth Trust

Catherine Cookson, born Katie McMullen, grew up in the once gritty and impoverished terraces of Tyne Dock - at the heart of industrialised South Tyneside. The neighbourhood, made up of classic Tyneside terraced houses - synonymous with the region’s coal mining boom in the early 20th century - formed the backdrop for a great number of Cookson’s novels. Her works, including Kate Hanning, The Fifteen Streets and The Round Tower all feature fictional and real life locations across Tyneside. Walking through the streets of South Tyneside you can get a real sense of its past with many of its original terraced homes still standing today.

You can bring Cookson’s hometown back to life by visiting the South Shields Museum, featuring a small recreation of the street where she lived, as well as various memorabilia from her past.

‘Cookson Country’ is just a short drive from Whitley Bay Holiday Park, making it an ideal base from which to explore this historic haunt. 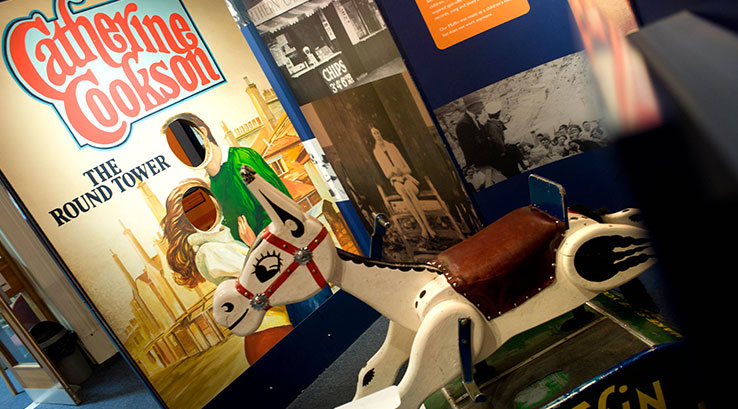 Heading on a Parkdean Resorts holiday this year? We’d love to hear what holiday read you’re taking with you on our Facebook page.