World Heritage Sites across the UK

The UK is home to a dazzling array of stunning natural and man-made sights, but only the crème de la crème have been recognised as official United Nations Education, Scientific and Cultural Organisation (UNESCO) World Heritage Sites.

With the spectacular English Lake District being the latest location to be awarded a coveted spot on UNESCO’s list, what better time to take a look at some of the UK’s most spectacular World Heritage Sites?

Castles and Town Walls of King Edward in Gwynedd

Constructed during the reign of Edward I between 1272 and 1307, the castles and fortifications of King Edward are widely regarded as some of the best examples of period military architecture in Europe. Scattered across the formerly named Kingdom of Gwynedd in North West Wales, Beaumaris, Conwy, Caernarfon and Harlech Castle – as well as the historic town walls of Conwy and Caernarfon make up this remarkably well preserved series of World Heritage Sites.

The castles were built to reinforce the King Edward’s conquest of Wales, serving as strongholds for English soldiers positioned there to keep a close eye on potential uprisings from Welsh rebels. While the days of glory are long gone for these military monuments, they’re well worth a visit if you’re holidaying in North Wales, with Conwy Castle (pictured) less than 20 minutes away from Ty Mawr Holiday Park. 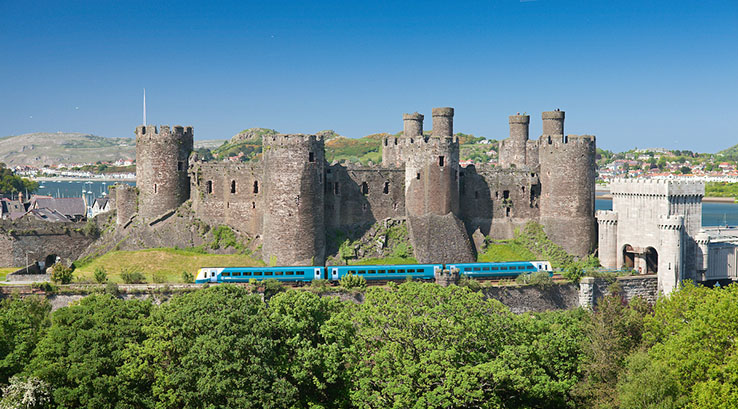 Just over an hour’s drive from the South Coast, in the heart of Wiltshire’s countryside, sits one of the most iconic prehistoric sites in the world. Stonehenge consists of a circle of giant stones or menhirs – each weighing an average of 25 tons! The reason behind these stones being erected here approximately 4500 years ago remains a mystery. Theories range from aliens to an ancient health spa, although ruins of ceremonial buildings and homes suggest the monument may have been a temple of religious worship. To this day it remains a place of pilgrimage, with annual gatherings to celebrate the summer solstice.

Officially part of the ‘Stonehenge, Avebury and Associated Sites’ World Heritage Site, the Stonehenge site alone covers more than 6,000 acres. Visitors can explore Neolithic ruins and learn more about ancient life before taking in the mesmerising sight of the stone circle itself. If you’re heading south to Sandford Holiday Park in Dorset, a stop at Stonehenge is essential to tick off your bucket list. 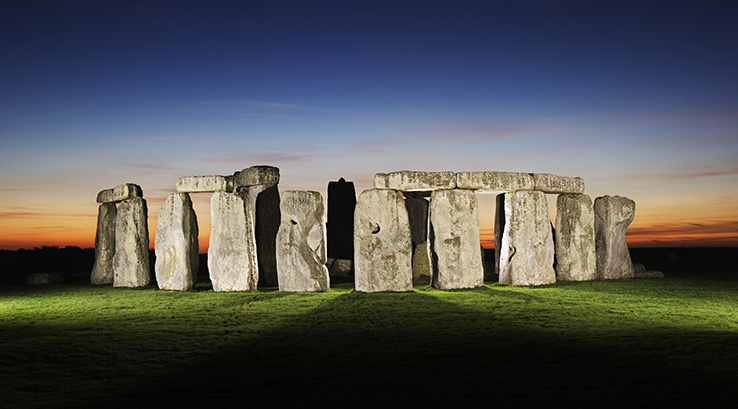 Frontiers of the Roman Empire

Despite the enormous size and power of the Roman Empire during its peak in the 2nd Century, the territory still had its boundary lines - which were defended fiercely during Roman reign. Britain marked the north western extent of the empire, forming a natural barrier against the Atlantic and playing a vital defensive role.

Perhaps the most famous Roman frontier in the UK is Hadrian’s Wall, spanning 80 miles across the width of the country. The famous wall was built in an attempt to defend England from rebellious northern tribes and its spectacular ruins are officially recognised as part of the ‘Frontiers of the Roman Empire’ UNESCO World Heritage Site. With construction starting in 122 AD, it took 15,000 men around 6 years to complete – it’s hard to imagine how such a feat was achieved without the help of modern machinery. The wall is easily accessible from Northumberland and if you’re staying at Whitley Bay or Sandy Bay Holiday Park, it’s just a short drive away.

The cathedral city of Canterbury has played a significant role in Britain’s religious history. As the official seat of the head of the Church of England – it comes as no surprise that this historic city is home to some spectacular sights. And when it comes to World Heritage Sites, Canterbury is a triple threat - with Canterbury Cathedral, St Augustine’s Abbey and St Martin’s Church (the oldest church in England, still in use today!) all inscribed on UNESCO’s list.

From admiring the astonishingly detailed Gothic architecture of the cathedral to learning more about the infamous demise of Thomas Becket – the Archbishop of Canterbury – a visit to the city promises a journey through time. This heritage site is well worth a visit if you’re holidaying in Kent, with St Margaret’s Bay Holiday Park an easy 35 minute drive away. 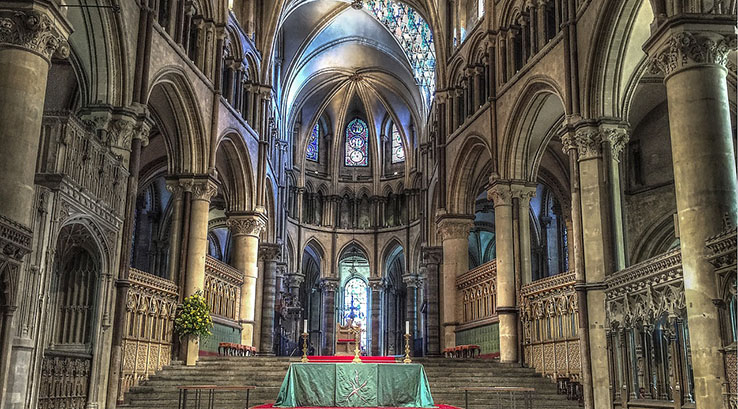 Joining UNESCO’s list of World Heritage Sites in 2001, the 18th century village of New Lanark was the brainchild of philanthropist and Utopian idealist Robert Owen. This purpose built settlement was designed as a model industrial community around the village’s cotton mill.

Ground breaking for its time, the village included spacious and comfortable workers’ housing – with Owen’s humane nature driving him to build an industrial community free from poverty. As put so succinctly by the New Lanark Trust, the village ‘is a unique reminder that the creation of wealth does not automatically imply the degradation of its producers’. Just over an hour’s drive from Sundrum Castle Holiday Park, you can step back in time to experience industrial Britain at its best. Wander through the streets and admire the spectacular stone buildings or learn more about the village’s history at the dedicated visitor centre.

Covering 912 square miles, the Lake District National Park is the largest National Park in England, and is the centrepiece of the region. Looking over the Lake District’s spectacular peaks and troughs is like looking at a 500 million year-long geological soap opera – with everything from volcanoes to glaciers having carved out its dramatic landscape.

From its highest point, the summit of Scafell Pike at 978 metres, to the huge expanse of Lake Windermere – the Lake District offers up some of nature’s finest landscapes on an enormous scale. It’s no wonder then, that it has been selected to join the ranks of other spectacular locations on UNESCO’s latest list of World Heritage Sites for 2017. If you’re looking for a holiday in the Lake District, you’ll be spoiled for choice when it comes to places to stay – with three holiday parks to choose from, all within easy reach of the region’s main attractions.

We’ve just touched the surface when it comes to World Heritage Sites – with plenty more to explore across the UK. Check out the full list on UNESCO’s website.

Planning to visit a World Heritage Site? Don’t forget to share your photos with us on Facebook.