From majestic elephants to cheeky monkeys, nothing gets the heart singing like the privilege of an encounter with some of the world’s rarest and most adorable wildlife. Unfortunately, such encounters are becoming few and far between - as a barrage of factors, from climate change to urbanisation, threaten the habitats and existence of these species.

In order to highlight some of the important animal conservation work taking place around the UK, today, we’re bringing you a selection of Britain’s best animal sanctuaries. As well as offering fascinating (and cute!) animal encounters, these sanctuaries are taking active steps towards protecting, rehabilitating and ensuring a future for the wildlife they shelter.

Just outside the stunning seaside town of Looe, you’ll find Cornwall’s very own monkey haven. As the flagship project of Wild Futures, a primate welfare and conservation charity, The Monkey Sanctuary provides a home for rescued monkeys which have previously been kept as domestic pets - leading to a number of complex issues surrounding their health and development. The sanctuary’s primary focus is to provide a comfortable lifelong home for these primates, expertly caring for their health while rehabilitating them into more suitable environments and stable social groups.

Currently home to 40 primates, you’ll be able to wander around the various enclosures and see the monkeys play and climb - as well as find out more about the work that takes place at the sanctuary. In addition to the monkeys, you’ll also find beautiful wildlife gardens, a children’s wild play area, cafe and shop - where you can even adopt one of the centre’s rescued primates! Explore The Monkey Sanctuary’s website to plan your visit. 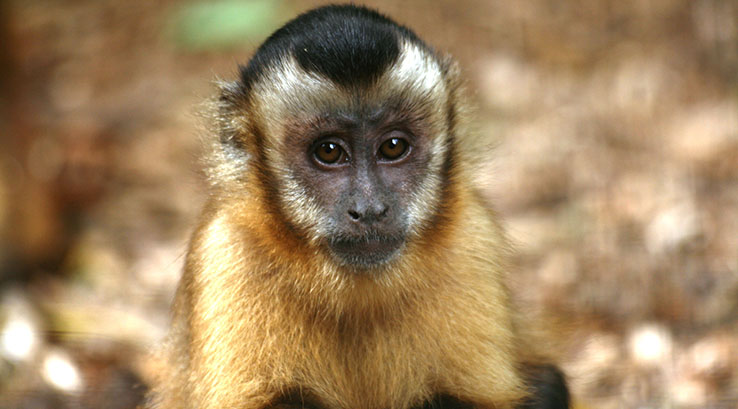 Image courtesy of The Monkey Sanctuary

Occupying prime position on Plymouth’s harbourside, The National Marine Aquarium is the UK’s largest - housing the country’s deepest tank and over 4000 marine animals! Operated as a charity, the aquarium’s mission is to promote understanding of our seas through education, conservation and research. One of the aquarium’s ongoing research projects is the Community Seagrass Initiative, working with a number of local organisations and community groups to map and survey the fragile seagrass ecosystems scattered along England’s South Coast - home to the ever elusive seahorse.

Arriving at the aquarium you’ll be able to explore a range of exhibits representing ocean habitats from around the world. Some of the inhabitants you might spot include eagle rays, jellyfish and even sand tiger sharks! Make sure you keep an eye out for the aquarium’s newest resident, ‘Friday’ the a green turtle in the aquarium’s Atlantic Ocean exhibit.

As one of the UK’s most important centres for marine life conservation, The National Marine Aquarium is a must-see if you’re staying at nearby Looe or Challaborough Bay Holiday Park.

The Isle of Wight Donkey Sanctuary

Set back from the island’s south-western coastline, you’ll find The Isle of Wight Donkey Sanctuary - providing a much-needed home for abandoned donkeys from all over the UK. From shrinking farms to owners no longer being able to care for their animals, there are a number of reasons that lead to donkeys ending up in the sanctuary.

In order to support its efforts, The Isle of Wight Donkey Sanctuary is open to the public and is a popular attraction with visitors to the island. Here you’ll be able to get up close to these adorable animals and kids are sure to love petting the real life Eeyore! Admission is free, so after seeing the donkeys, make sure you explore the range of quirky donkey-themed items in the gift shop or grab a drink in the cafe to help support to sanctuary’s cause. 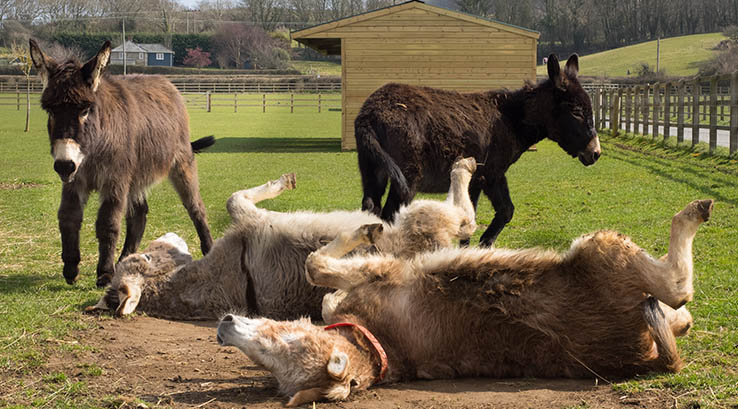 Image courtesy of The Isle of Wight Donkey Sanctuary

The sanctuary is located just a short drive from all 4 of our Isle of Wight holiday parks, and is a must see on your next island holiday.

Situated in the heart of Kent, just a short drive from Canterbury, Howletts Wild Animal Park is home to over 400 animals. The park serves to protect its endangered inhabitants through conservation and breeding programmes, reintroducing many animals back into the wild through The Aspinall Foundation. The foundation has successfully released a number of rare animals including black rhino and western lowland gorillas back into their natural habitats - in an effort to boost numbers in the wild.

Visitors to Howletts Wild Animal Park are in for a treat. With the largest herd of African elephants in the UK and largest collection of western lowland gorillas in the world, the park offers a once in a lifetime opportunity to see these rare animals in such abundance. Exploring the park's various picturesque walkways and enclosures, you’ll also see rhinos, tigers, leopards, monkeys and more. After a day spent learning about the park’s fascinating residents, why not tackle the Treetop Challenge, with its high rope course providing a unique perspective on the park’s beautiful woodland surroundings. 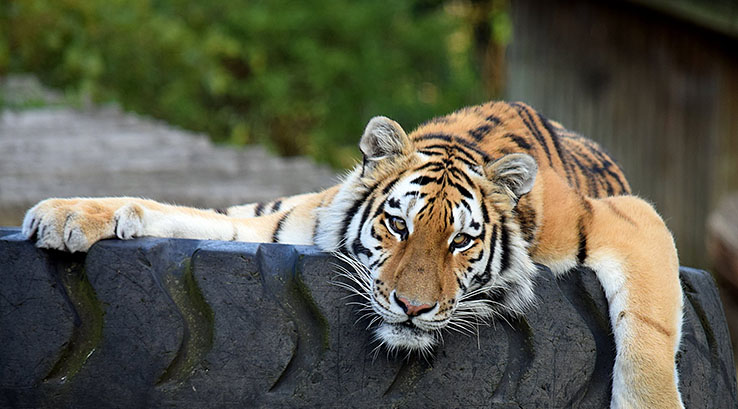 If you’re staying at St. Margaret’s Bay Holiday Park on the Kent coast, Howlett’s Wild Animal Park is less than 30 minutes away by car.

Overlooking the Firth of the Forth estuary, The Scottish Seabird Centre is just 25 miles from Edinburgh’s city centre - in the picturesque town of North Berwick. Its location was chosen due to its proximity to a number of important islands off shore - which provide a sanctuary for thousands of seabirds. The centre works as a conservation charity, aiming to inspire visitors to make a conscious effort to care for the environment. As well as educational work, the centre is also responsible for SOS Puffin, a project aimed at repopulating the number of puffins on Craigleith island. Once one of the largest puffin colonies in the UK, nests have dwindled following the introduction of a foreign plant which spread like wildfire across the island. The centre has been working hard to remove the unwanted vegetation and encourage puffins to return to the island.

Start your day with a boat trip to one of the spectacular seabird colonies off the shore. With a variety of trips on offer you can get up close to a number of islands including The Lamb, Craigleith and Bass Rock. After seeing the seabirds in their natural habitat, spend the afternoon exploring the Discovery Centre to learn more about the local wildlife before stopping for a bite to eat in the centre’s cafe. 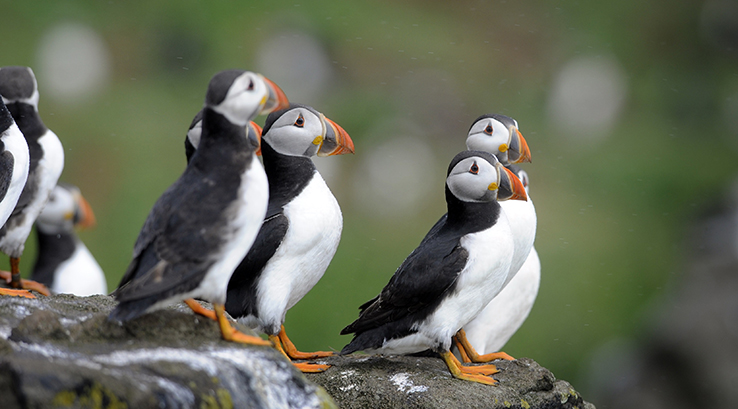 If you’re travelling north to one of our holiday parks in Scotland, the Scottish Seabird Centre offers the perfect opportunity to break your journey with an fun and educational afternoon out. Scotland’s coast is perfect for nature lovers, why not book a break at nearby Eyemouth Holiday Park and explore all this region has to offer?

The Deep’s dramatic structure takes pride of place overlooking the Humber Estuary - with the aquarium’s striking design becoming a major landmark against Hull’s skyline. Behind the angular building’s facade you’ll find one of the UK’s most important marine education and conservation charities - not to mention one of its best aquariums. Conservation work carried out at The Deep includes the protection and restoration of wild habitats, introducing endangered species back to protected areas and monitoring populations of marine life around the world, including manta rays in the Red Sea.

Visitors will be taken on a journey to the depths of the ocean as they explore interactive exhibits and see some of the aquarium’s 5000 inhabitants. From sharks to stingrays and even sea turtles, The Deep is a haven for stunning marine life. It’s also the only aquarium in the UK home to green sawfish and grey reef sharks. Don’t forget to check out the penguins living in the Kingdom of Ice zone, they’re sure to put a smile on your face.

Video courtesy of The Deep

If you’re staying at nearby Withernsea Sands Holiday Park, a visit to The Deep offers the perfect family day out with plenty of educational and entertaining experiences on offer.

Nestled in the heart of the Cornish countryside, on the edge of Goss Moor National Nature Reserve, The Screech Owl Sanctuary provides a much needed refuge for injured and sick owls. Here, the work focuses on nursing poorly owls back to health before re-releasing them into the wild - or providing a permanent home for those unable to fend for themselves. As well as caring for owls, the sanctuary also partakes in breeding programmes in order to replenish the dwindling population of owls in the wild.

Visitors to The Screech Owl Sanctuary can look forward to seeing a variety of owl species and, weather permitting, a spectacular flying display. If you’re lucky you might even be able to get up close and personal with some of the sanctuary's hand-tame owls, allowing you to learn more about these majestic birds and gain a better appreciation of the sanctuary’s mission. 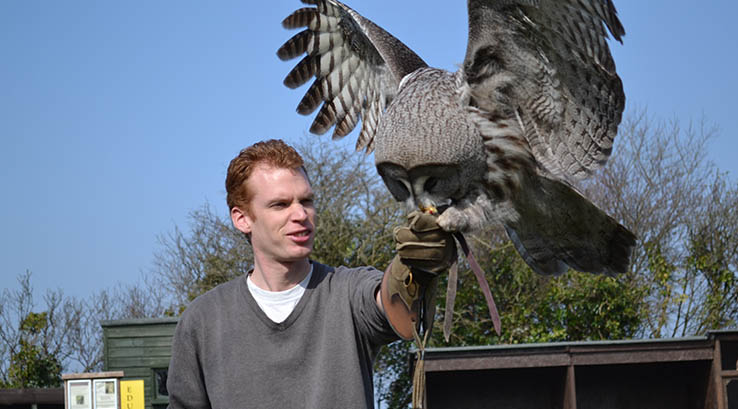 Screech Owl Sanctuary is within easy reach of a number of our holiday parks in Cornwall, so make sure you pay a visit and see these magnificent birds for yourself.

Whether you’re exploring one of our holiday parks or out and about in the local area, you never know what you might spot! Keep your camera at the ready and share your best wildlife snaps with us on our Facebook page or Instagram page.