13 British Landmarks You Can Visit From Your Sofa

From cancelled flights and closed restaurants to travel restrictions and self-isolation - Brits are hunkering down to do what they can, and putting their holidays on hold to help protect those at risk.

But whilst many of us are setting up camp in our living rooms and using our imaginations to make the most of our four walls, there’s still a way to experience the best of the UK from the safety of your own home.

We’ve compiled a list of the UK's top landmarks that you can visit via a virtual tour. Meaning you and your family don't have to pass up on the culture and excitement of UK days out while quarantined at home.

Okay, so it might not be as exciting as the real thing, but we promise if you fully immerse yourself in this little bit of escapism, it will go a long way! Especially for some interactive learning for the little ones too!

Who knows, it may inspire a real visit when things go back to normal. So sit back, scroll through and check out the best the UK has to offer in virtual tours...

The most iconic home in Britain, Buckingham Palace is recognised around the world as a symbol of the British monarchy and Queen Elizabeth II and Prince Phillip's swanky London pad. Currently, you can only visit the palace from July to October so what a treat to have a nosy around a virtual Buckingham Palace with your own personal guide here!

The Buckingham Palace Expedition takes you on a virtual tour through the Palace’s State Rooms and highlights the works of art kept in the Royal home. The tour can be viewed in VR or 360 format and also offers some insight into the Palace as a residence! Oh, and did we mention it’s free!

The prehistoric monument known as Stonehenge is believed to date back as far as 3000BC and is now renowned as a historical British icon. Legally protected as a World Heritage Site, Stonehenge is a must-see when it comes to British history, and now it is even easier to access.

The purpose of Stonehenge and why it was built is still a highly debated topic but with plenty of folklore, legends and more archaeological research than ever before, why not virtually visit here and debate amongst yourselves. 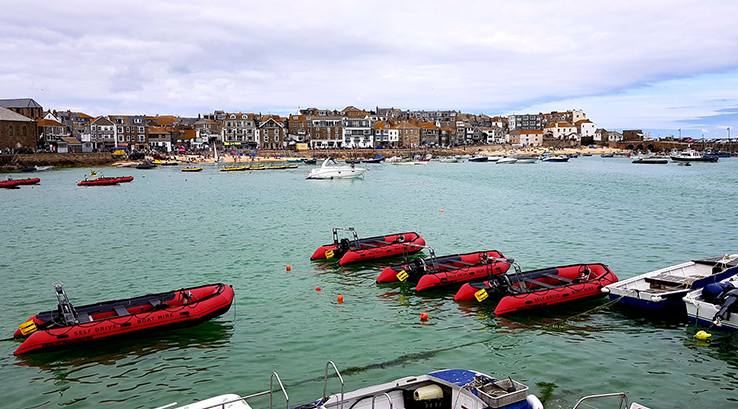 One of Cornwall’s most famous destinations, St Ives is a seaside town full of picturesque beaches, soft sand and surfing. Calling artists from all over the world, St Ives is a hub of creativity, cobblestone streets and independent food and drink havens.

Why not set up a picnic in the living room and pan through this virtual tour of the St Ives beach here? For a bit of escapism, why not pretend you’re on a boat trip? 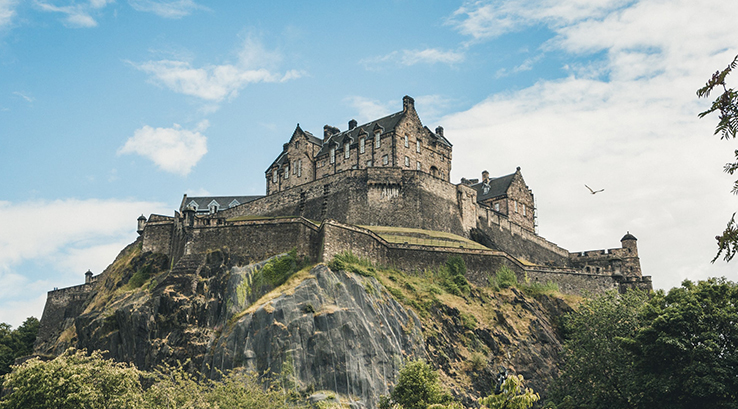 Edinburgh Castle is a historical fortress, with its elevated position allowing it to dominate the city's skyline. Sitting on top of Castle Rock it initially served as a royal castle and is an important monument in Scottish heritage.

One of the most besieged castles in Britain, Edinburgh Castle is steeped in history with the 360 aerial tour not only taking you around the castle itself but also giving you an opportunity to see across the whole of the Scottish capital! 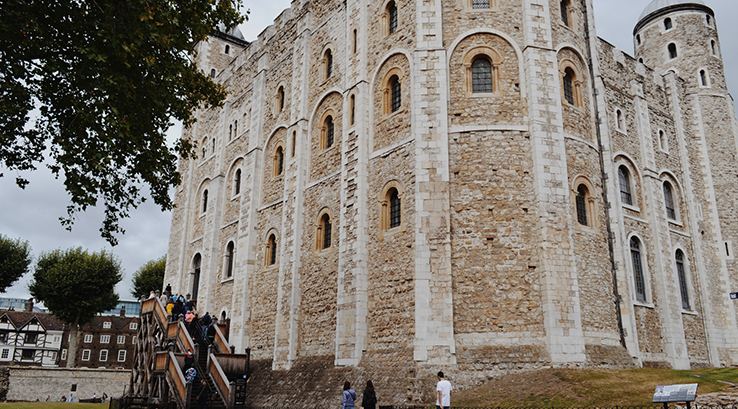 Holding the Crown Jewels and guarded by the famous ravens, doing a virtual tour of the Tower of London is an experience in itself! 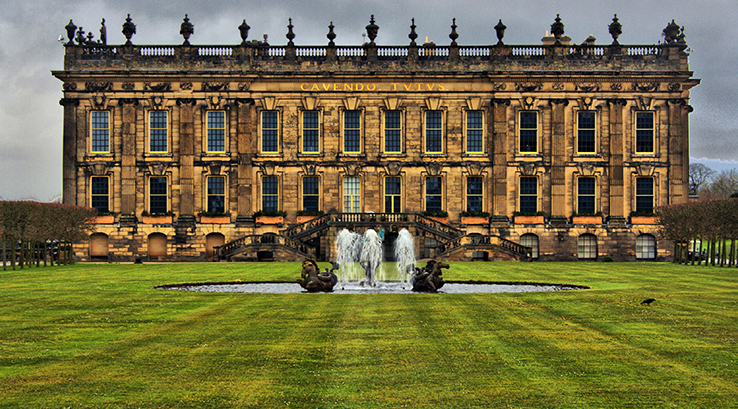 An iconic stately home set in Derbyshire, Chatsworth House has been home to the Cavendish family since 1549 but opened its doors to the public in 1708. Set in beautiful parkland and backed by woods a visit to Chatsworth is stunning for both its gardens, the incredible house and the artwork it holds.

But with everything on hold, why not have a virtual visit to Chatsworth House here, and enjoy their beautiful gardens from afar. 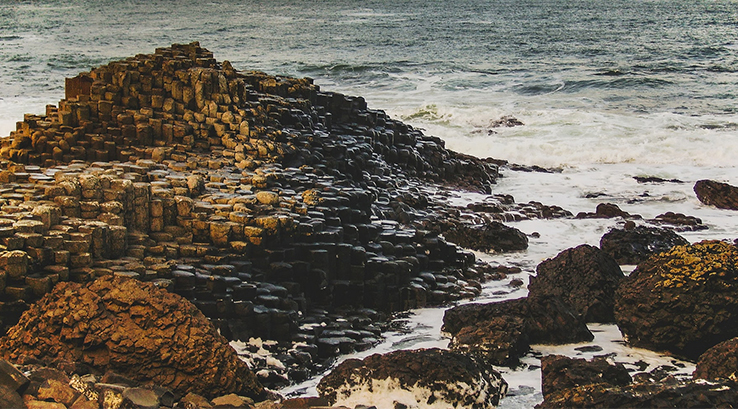 40,000 basalt interlocking columns create the breathtaking Giant's Causeway on the North Coast of Northern Ireland. Known as the fourth greatest wonder of the world with the unusual hexagonal columns working their way into the sea.

Legend has it that the Giant's Causeway was created by Irish giant Finn MacCool after he was challenged to fight the Scottish giant Benadandonner. He built the causeway across the North Channel so the giants could meet. Find out the rest of the story as part of the virtual tour here! 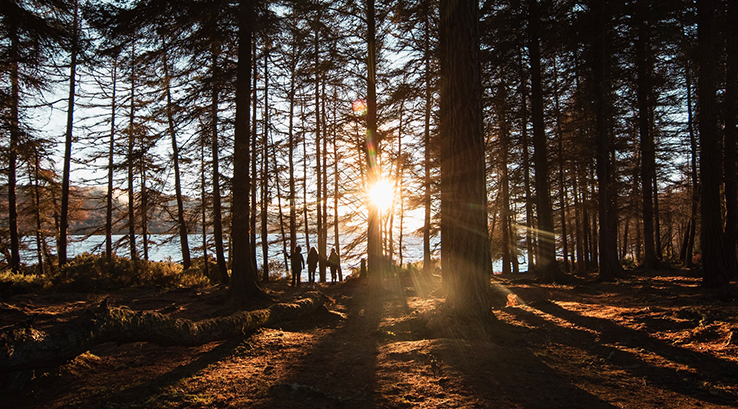 The fresh deepwater lock in the Scottish Highlands is famous for its mythic, or not so mythical inhabitant. The loch itself serves as an example of the beauty of Scotland’s landscapes but with the deep mystery surrounding Nessie, the Loch Ness Monster that lives in its waters.

If these stories have you quaking in your boots then there is no need to worry. You no longer have to wait for a clear day to enjoy the sights of the Loch with a virtual boat tour available here! Although we cannot promise that there will be any celebrity sightings during your virtual visit as the high peat content to water means it is always murky. 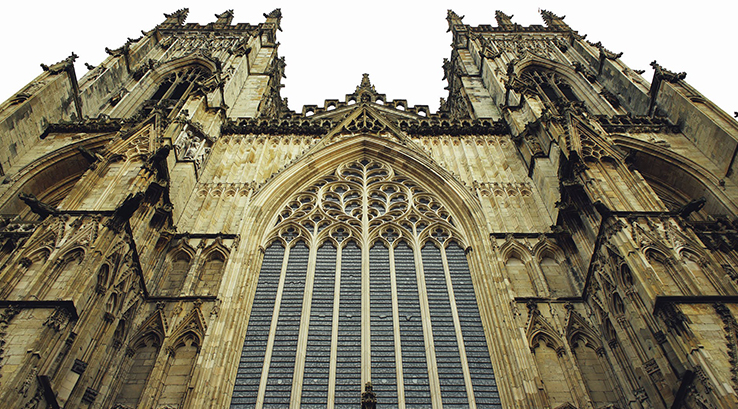 One of the world’s most beautiful cathedrals, York Minster is the largest of its kind in Northern Europe. A marvel that can leave you speechless, it’s unusual handcrafted stone and medieval stained glass tells the story of Jesus Christ whilst the architecture blows you away.

You can virtually visit York Minster here and spark an interest in York Minster's Roman roots, a passion to follow when you can physically visit.

Stretching 73 miles from coast to coast, Hadrian’s Wall served as a defence mechanism during the Roman Empire. Rich in history, English Heritage's virtual tour of the site brings insight into Roman Britain.

With Hadrian’s Wall dating back to 128 AD you can discover the towns, forts and turrets that kept watch over the wall. Built by 15,000 men in six years you really can witness the marvel through this virtual tour.

11. Homes of the Brontë  Sisters 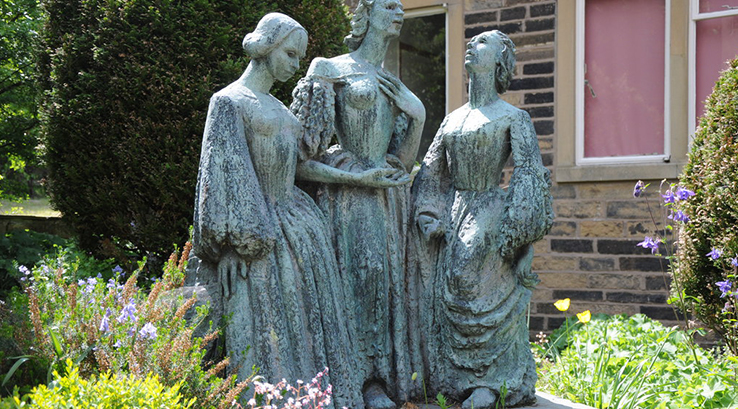 Now with this unexpected free time, it’s more likely than ever that you might actually work your way through that ‘to be read’ pile stacking up on the bedside table. But what if getting your nose in a book gives you the taste for a literary staycation? Thanks to Google Arts & Culture you can do a virtual tour of the places that inspired the Brontë Sisters here.

Taking a trip across Yorkshire and Derbyshire you can see the homes which inspired the sister’s great works. Including walks and homes that inspired the titles of their classic novels. 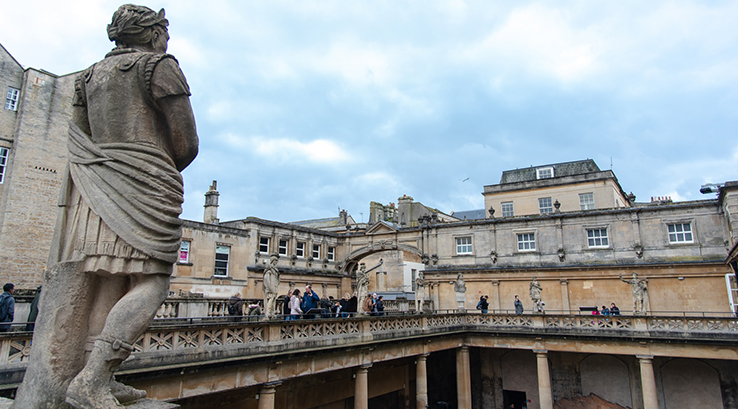 The city’s namesake, Bath's Roman Baths serve as one of the most popular historical sites in the UK, with 1.3 million people visiting them each year. Built in the first decades of Roman Britain from 60 - 70 CE and redeveloped in the Middle Ages after being destroyed upon the fall of the empire.

The public baths allow a glimpse into Roman hygiene habits which are unrecognisable today, however access to the water is not allowed to visits in person or virtual, so take a look around here. 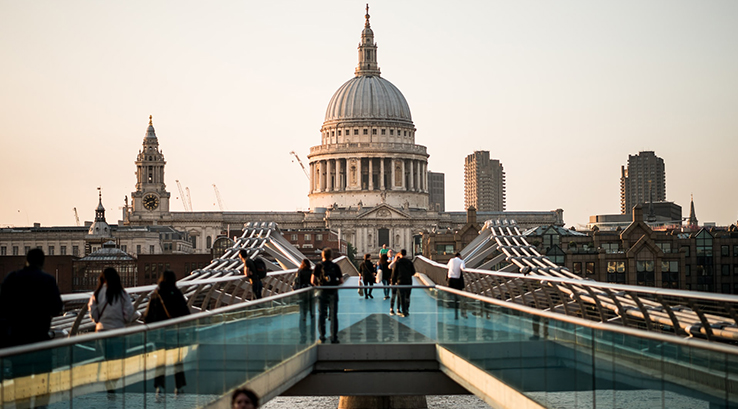 This Anglican Cathedral takes precedence over London’s skyline as it sits on Ludgate hill, the highest point in the city of London. St Paul’s Cathedral opens its doors to over 2 million visitors every year, but you can visit from your own home with this virtual tour.

Dating back to the late 17th century the architecture and design of St Paul’s Cathedral sets for breathtaking views, all whilst hearing the incredible stories about its history.

Share your trips from the sofa with us over on our Facebook and Instagram pages! And now that our parks are open again, why not get planning your own staycation to see these sights for yourself?