Which zoo will you visit next?

Everyone’s got their favourite animal at the zoo. Whether it’s the curious monkeys, the playful penguins or the big cats, there’s always something you just can’t wait to see.

Well, we’re lucky to have holiday parks near enough zoos to be able to see them all. But which one is the best? Based on entry fee, TripAdvisor reviews and range of animals on offer, we’ve ranked them to see who gets to take home the ultimate wildlife crown. We’ve also split them up into separate lists to find out the cheapest zoos in the UK and the ones with the most 5* reviews.

What are BIAZA zoos?

In our study, we chose to specifically focus on BIAZA accredited zoos, the British and Irish Association of Zoos and Aquariums, which is the professional body representing the best zoos and aquariums in Britain and Ireland. The association ensures that their members are chosen for their excellent animal welfare, education and conservation work.

We want to ensure that all the zoos on our list provide a safe space for animals as well as being a great day out for families. Therefore, by choosing BIAZA zoos we hope to promote ethical visits to some of the UK’s top attractions. 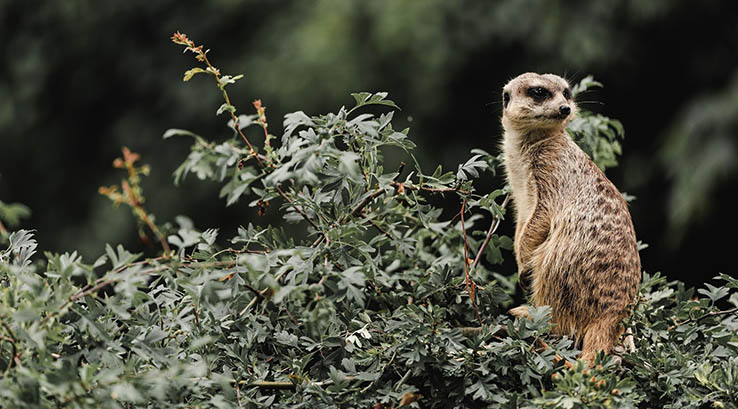 We love Tilgate Nature Centre, and with 70% of its TripAdvisor reviews giving it five stars, it’s clear we’re not alone. Just a short drive from Camber Sands Holiday Park, it’s home to a staggering 144 different species of animals and only charges £6 for people to get in and enjoy it.

Under current restrictions you’ll need to pre-book your ticket no more than seven days in advance of your trip, so add it to your list of last minute holiday essentials before you head off.

In second place is the Kirkleatham Owl Centre in North Yorkshire which, despite its name, is home to 104 animal species beyond just owls. It’s the oldest owl sanctuary in the country and helps rescue and rehabilitate sick and injured birds of prey.

You can see the incredible team in action when you go and with tickets at only £3.50, there’s no reason not to! Cayton Bay Holiday Park is only a few minutes away, making this an unmissable family day out.

Completing our top three is Five Sisters Zoo in Scotland, just a 45 minute drive from Edinburgh. At £12.95 per ticket, they offer a huge 196 of animal species to discover and 75% five star reviews, giving you more than your money’s worth. Book your stay at one of our Scottish holiday parks to make the most of it.

Five star fun: the zoos raking in the reviews

Within this list, we wanted to find out which zoos had the most 5* reviews on TripAdvisor, showing the most popular overall.

Chester Zoo has more five star reviews than anywhere else 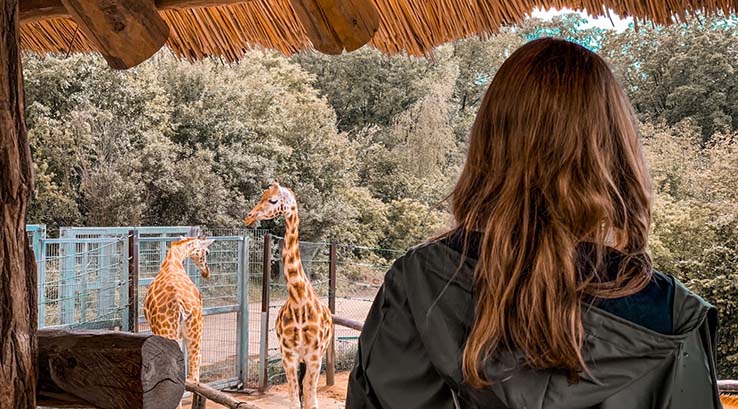 One of the biggest zoos on our list is Chester Zoo. Home to a staggering 500 different animal species, they’ve picked up 10,320 five star reviews on TripAdvisor, more than any other zoo in the UK. However, all that fun comes at a cost: at £22.72 a ticket, they’re also one of our more expensive zoos. Make sure you make a full day of it by staying at the nearby Ty Mawr Holiday Park.

Second on our list is Longleat in Wiltshire with 5,807 five star reviews, while rounding up the top three is Yorkshire Wildlife Park with 5,405.

With holiday parks in Dorset, Longleat will only be an hour away, and our Yorkshire holiday parks will keep you close to all the animal action.

The best value for money zoos 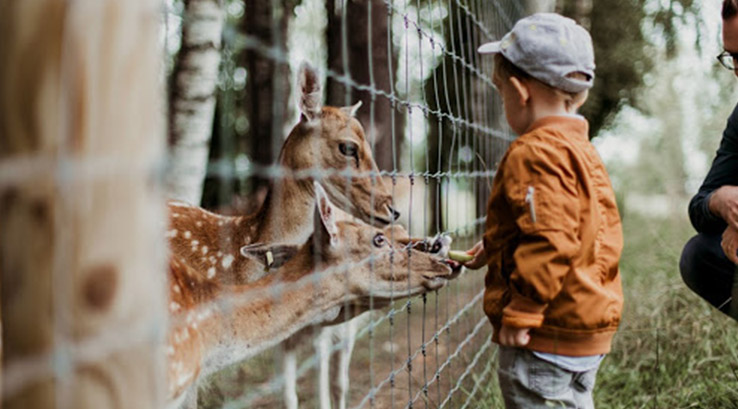 We love value for money - it’s why we offer so many cheap UK holidays! So when we found a free zoo, we were obviously interested. Golders Hill Park Zoo in London charges nothing to get in, letting you explore its beautiful gardens, architecture and animals without opening your wallet.

Calderglen Zoo only charges loose change. The 50 species of animals here only costs you £1.10, making it a great value day out, while Kirkleatham Owl Centre in North Yorkshire is only £3.50.

Given how zoos have struggled over the past year, it’s incredible to see so many venues offering such affordable entertainment. Give them a helping hand by ensuring you pay a visit.

Your zoo needs you

Everyone struggled during Covid-19, and sadly zoos were no exception. With all of them being forced to shut down throughout lockdown, revenue simply stopped and the money used to care for animals all dried up. Worryingly, 49% of zoos had to resort to crowdfunding in order to keep operating, and they can’t go on without your support.

We’ve got holiday parks in fantastic locations across the UK, many of which are just around the corner from a world of animal fun. Whatever you plan on your staycation, be sure to plan a trip to the zoo - you’ll love the experience and they’ll love you visiting.

To find the top zoos in the UK, we specifically looked at BIAZA zoos to ensure that the zoos on our list are focused on creating a safe and fun environment for both visitors and animals alike. We then looked at different data points including price of entry, species of animals and the percentage of 5* TripAdvisor reviews to rank each zoo, finding out which ones in the UK overall are the best. We also looked at crowdfunding websites to determine how many zoos had to resort to public funding over the pandemic period.