With summer and staycations now well under way across the UK, here at Parkdean Resorts, we wanted to see how our own beaches matched up to some of the most beautiful in the world. By comparing the sand tone, we can see how some of the UK’s most popular resorts stand up on a global scale. A sure fire way to make your next staycation feel even more of a treat.

If you’re dreaming of sandy shores far away, you might be surprised to hear that exploring the beaches in your own backyard can give you that same tropical holiday feeling. 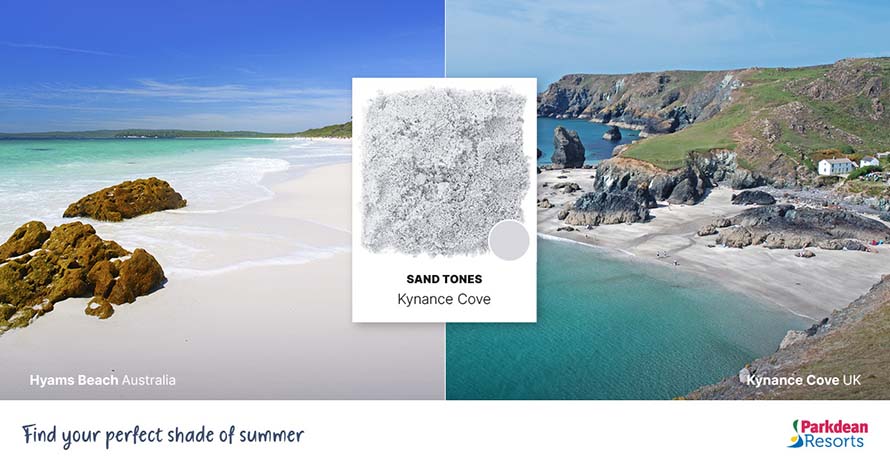 Kynance Cove in Cornwall, close to our Lizard Point Holiday Park, is famous for its sandy white beaches. But while it may be many miles from the sandy shores of the Australian coast, Kynance Cove shares the same sand tone as Hyams Beach. Boasting dazzling white sand and a wealth of wildlife, Hyams Beach is a haven for holidaymakers wanting to explore and enjoy New South Wales. 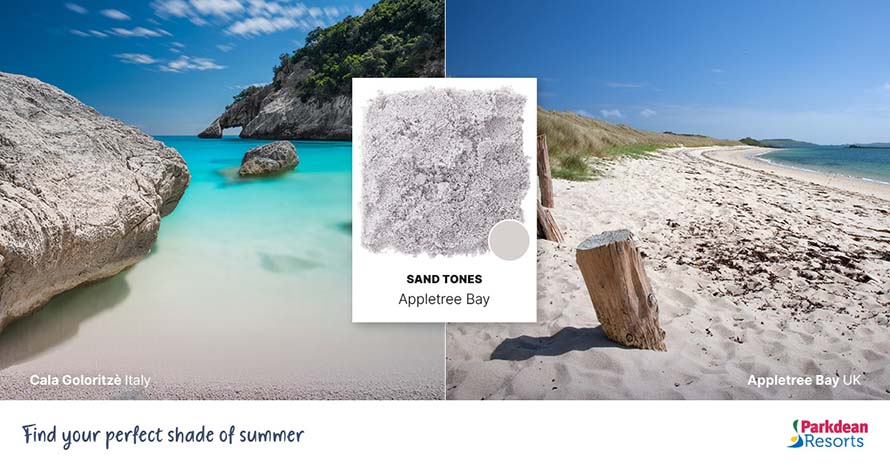 Just off the coast of Cornwall, Appletree Bay on the Isle of Scilly is home to a stunning white sandy beach. On the other side of Europe, Cala Goloritzé in Italy shares the same pure white sand and crystal clear waters. 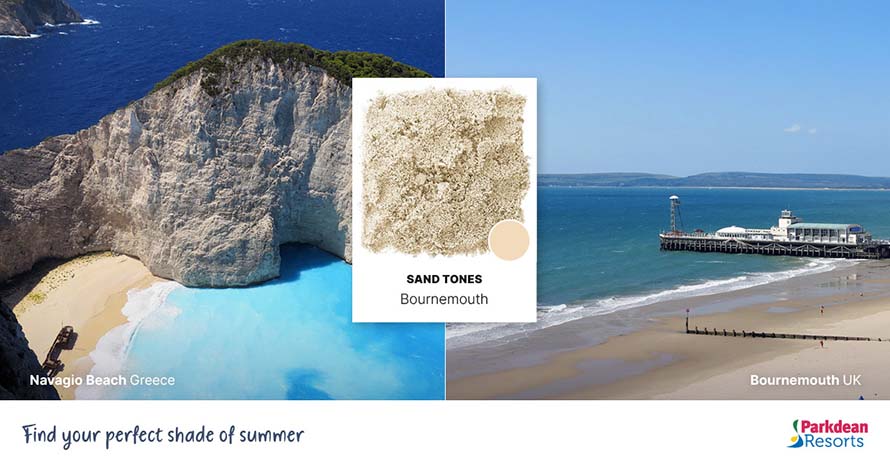 The gorgeous island of Zakynthos in Greece may not conjure up images of a British seaside town, but we found that Bournemouth has near identical sand shades to Navagio Beach. Despite the two locations being 2,140 miles apart, visitors to Bournemouth Pier can walk along the beach and see sand between their toes that mirrors the magnificence of the Greek island. You can explore what Bournemouth has to offer at our nearby Sandford Holiday Park! 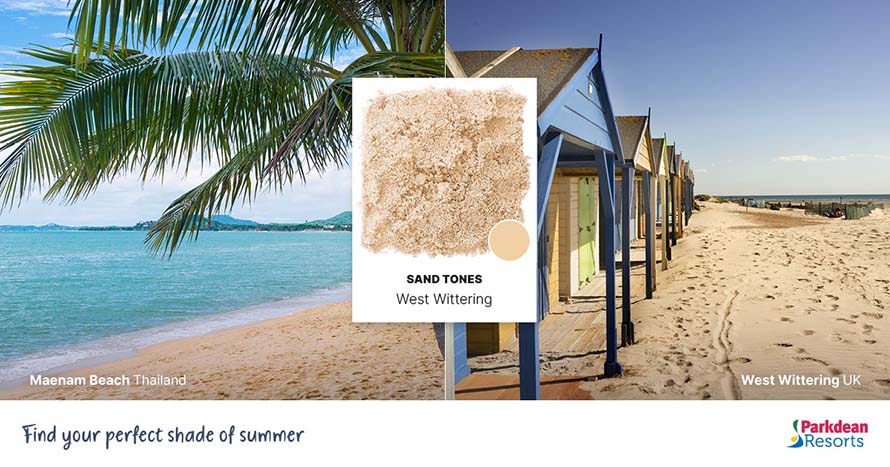 West Wittering beach in Chichester may be a far cry from the tropical island of Thailand, but we’ve discovered that the two are in fact sand siblings. The colour of Maenam Beach and West Wittering’s sand are like two sides to the same sandcastle - with both sands sharing the same warm fawn coloured shade. 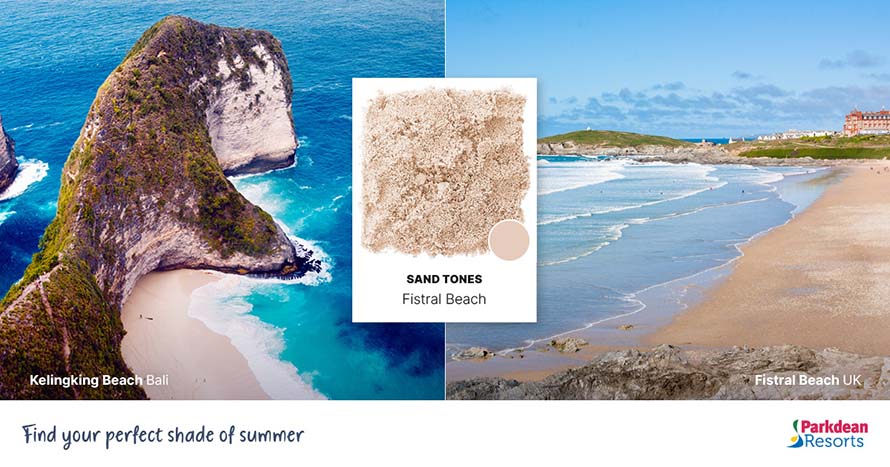 Kelingking Beach in Bali is famed for its turquoise waters and lush green cliffs. It’s also known as the T-Rex beach, with it’s incredible coast line resembling a T-Rex head (can you spot it?). But whilst the Bali beach has strong and wild currents, its sand sibling, Fistral Beach is known as the home of British surfing! The world-renowned surf spot attracts people from all over the globe, and we’re sure Bali natives will feel right at home with the cream coloured sand. Fancy exploring how tropical Fistral can make you feel? Why not visit our Crantock Beach Holiday Park, the perfect nearby pitstop.

Bamburgh Beach and Baia Do Sancho 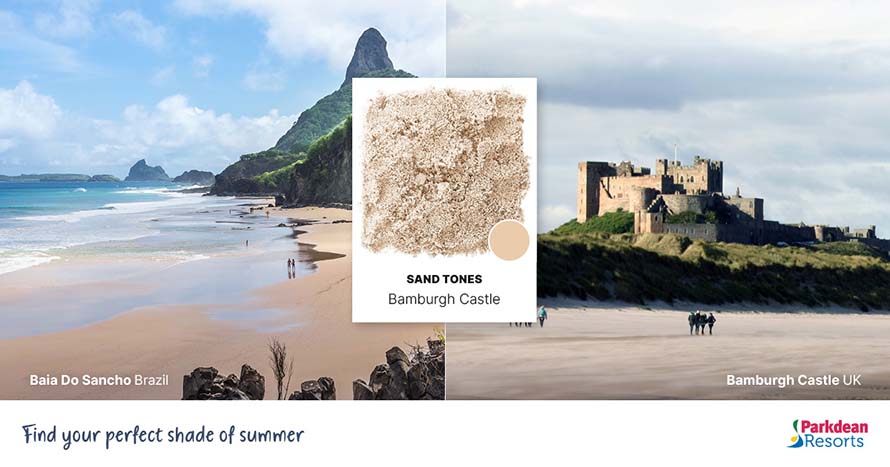 Many studies have ranked Baia Do Sancho beach in Brazil as one of the world’s best beaches, and with its clear blue waters, impressive coastline and powdery sand, it’s little surprise! One of Brazil’s natural treasures, Baia Do Sancho shares the same camel coloured, sand shade as Bamburgh Beach in Northumberland - once home to a succession of kings from Henry VI to James I. Just further up the coast is our Eyemouth Holiday Park, the perfect place to rest your head after a day of exploring this beautiful beach. 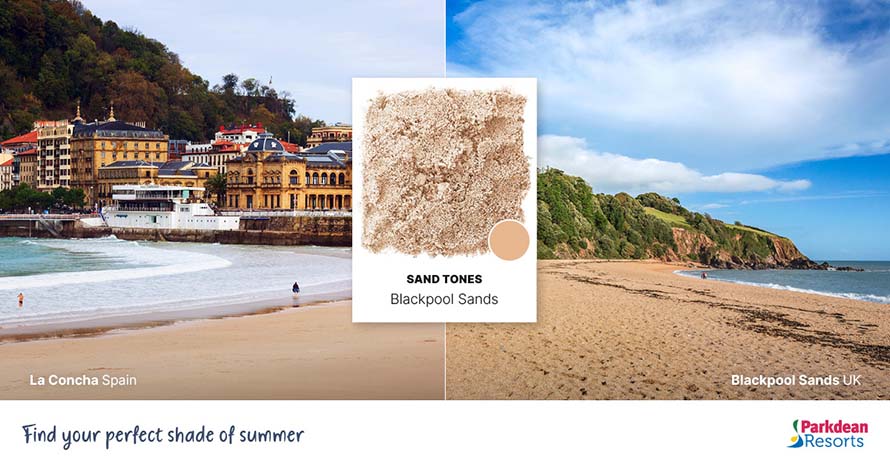 La Concha is a crescent shaped beach in northern Spain, named after its irregular shape as ‘concha’ translates to English as ‘shell’. La Concha beach shares the same stunning sandy tones as our very own Blackpool Sands, which despite the name is actually in Devon! Challaborough Bay Holiday Park is just under an hour's drive to Blackpool Sands and is a great place to explore. 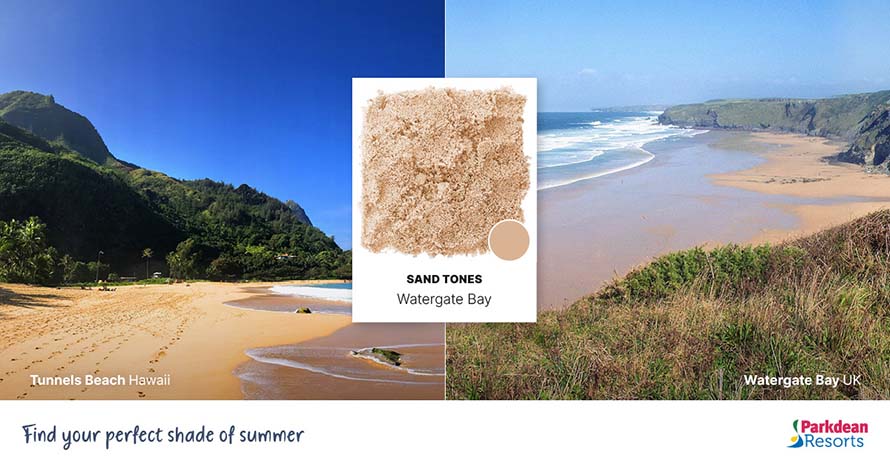 Tunnels Beach in Hawaii is the ultimate place for snorkeling and scuba diving, perfect for thrillseekers who love to get their blood pumping and hearts racing. Tunnels Beach also shares its gorgeous golden sand tone with another great Cornwall beach, Watergate Bay. Watergate Bay is a great spot to catch the sunset and try your hand at surfing or kite flying. Why not explore what other activities are on offer at our nearby Newquay Holiday Park? 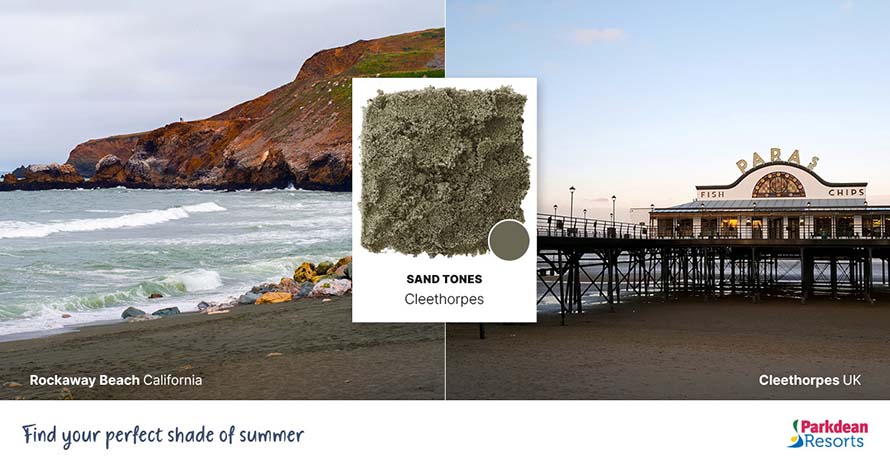 In a far away land of California is Rockaway Beach, nestled on the West Coast just outside of colourful San Francisco. This iconic dark brown sandy beach also shares the same sand tone as Cleethorpes in North East Lincolnshire, which is known for its picturesque coastline and recognisable pier. 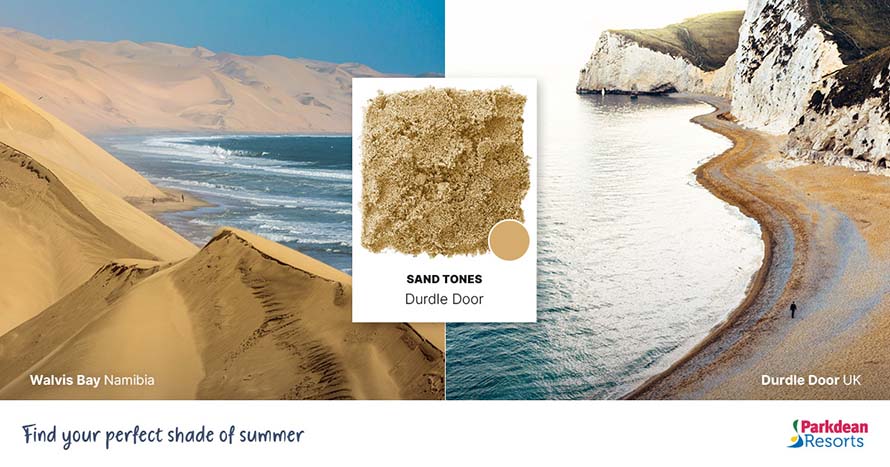 Walvis Bay in Namibia has one of the world's most stunning beaches with endless golden sandy views. But whilst the weather may be slightly different you can experience identical sand at Durdle Door in Dorset, with its magnificent coastline and brilliant white cliffs. Our Warmwell Holiday Park is only a stone’s throw away from this fantastic beach and is definitely worth a visit for your next staycation.

Are you ready to explore what these beautiful UK beaches have to offer? Book your next beach holiday and get ready to feel even more tropical.